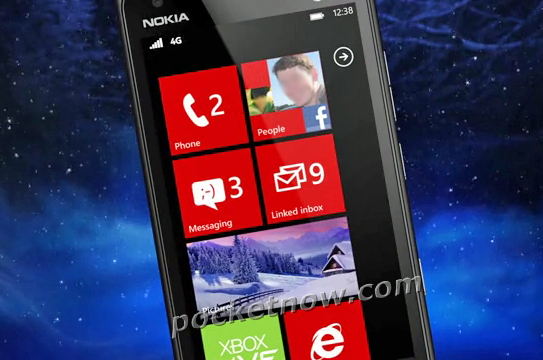 New reports are in surrounding the Nokia Ace for AT&T, including confirmation that it is in fact the Lumia 900, which will be sold globally as Nokia’s flagship windows phone.

So what do we know? First off, the phone will feature Windows Phone Mango (not Tango as previously rumored). The device also has 4.3-inch WVGA display, a 1.4GHz Qualcomm CPU, 512MB of RAM, an 8MP camera, and a 1830mAh battery.

Although the device will likely be sold carrier locked, it will contain a 1700MHz band that will work with T-Mobile 3G if a workaround is made to unlock such capability, which is rather likely I’m sure.

The Lumia 900 weighs about 18 more grams than the Lumia 800, due most likely to the bigger screen and LTE radio in the new model.

Expect even more details surrounding the Lumia 900 in the next few days at CES, where rumors also suggest another mid-range Windows Phone, the Lumia 719, will be debuting. Maybe if we are lucky they will even confirm the existence of a possible Nokia Windows 8 tablet while they are at it, one can hope at least.