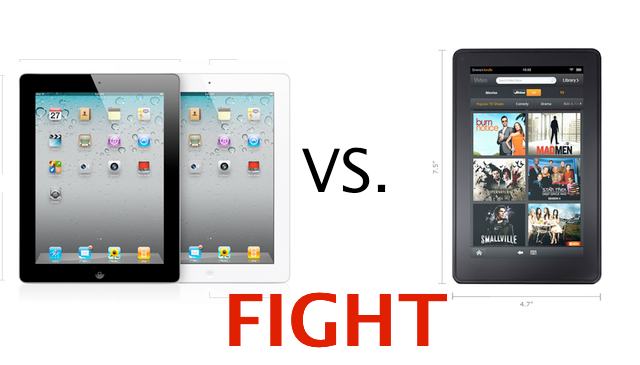 Over the busy holiday period, iPad sales were reported to have stumbled due to the growing popularity of Amazon’s Kindle Fire. At a minimum, Apple missed out on $500 million in sales, Morgan Keegan analyst Travis McCourt said. As per AllThingsD report this figure of potential losses of unsold iPads is likely pushing the $1.25 billion range, though, if calculating between one and two million units being spurned for the much cheaper Kindle Fire. McCourt is also calculates that Amazon Fire has likely sold 4-5 million units this holiday season, which probably means maybe 1-2 million cannibalized iPad sales at most. It’s not a big dent in overall iPad sales for the quarter which are believed to reach between 13 and 16 million units, but before the launch of the iPad 3 it might push Apple into discounting their previous iPad models into the rumored $299 territory.

Contrary to most popular beliefs that  theAmazon Kindle Fire has manufacturing costs of around $200…$220, these calculations may prove wrong if we deal with product orders for which may exceed 10 million units or more. In other words, Amazon might be ready for slashing its Fire price down to $149. A $299 iPad might still be attractive to many, but pricing a tablet below $150, or even the present $200 has proven that there’s a growing army of new economy-conscious customers out there. Such a customer, after buying a Fire, has much less of chance to buy an iPad too, even if heavily discounted.

Estimates above don’t take the Barnes & Noble Nook Tablet and discounted Nook Color and older Nook sales into account. With one to two million unit sales it might be not be so much, yet it is sizeable for Apple: customers of Barnes & Noble Nooks may also refrain from purchasing an iPad in addition to what they have already spent on a Nook.