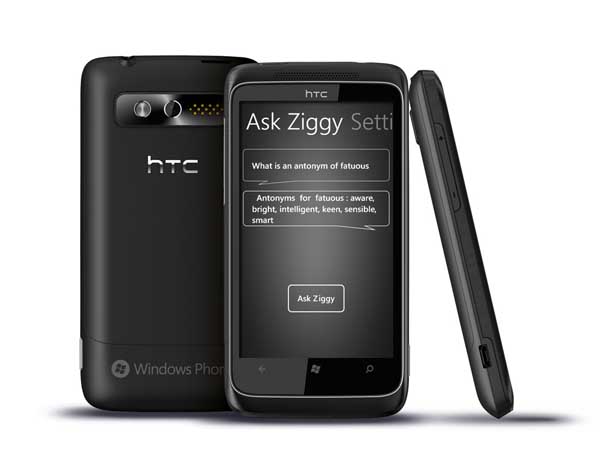 These days Siri is a pretty big deal, and something that really helps set the iPhone even further apart from the competition. With recent 3rd party efforts to create Siri plugins this experience has gotten even better. What about those that don’t have an iPhone?

There has been plenty of love on the Android platform at this point with great legal, acceptable options like Vlingo, and there has already even been a somewhat-scam related release called “Siri For Android“, which was recently removed from the marketplace.  Most siri attempts though have been laughable.

Where does Windows Phone rank in all of this? Nowhere, at least not until now.

Today a new voice assistant has hit Windows Phone platform, called Ask Ziggy. While it doesn’t seem to be nowhere near as polished as Siri (at least not yet), it does give users the ability to send out Tweets, update Facebook, and is capable of answering trivial questions such as “Was Darth Vader a good guy?”, apparently.

The app is available for free from the Windows Marketplace and seems to be a good start.