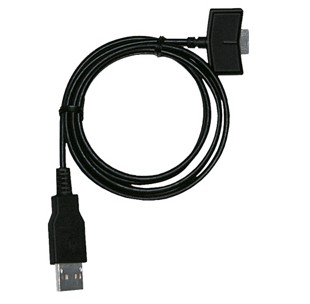 I just don’t understand obscenely rich, wanna-be-trendy companies and probably never wIll. If I had the good fortune to be what was considered ‘very well off’, what kind of phone would I purchase? Honestly, I might upgrade my current older Android phone to a newer model, but that’s about it.

Yet there seems to be a market out there for people who buy phones that cost over $6000, like those made by Vertu. The ridiculous part of this is that they aren’t even ‘smartphones’, they are just basic phones that look sorta pretty. But most of the time they are just a little bit nicer than average, and often tacky.

What could be worse than spending over $6000 on a ‘dumb’ phone? Perhaps spending $190 for the USB data cable that connects the phone to the PC.  That’s right, the data cable actually costs $190.

I can at least sort of (I guess) understand that the reason a consumer would pay so much is that its a trendy, fashionable item, but what could possibly make a USB cable trendy enough to pay that kind of dough?

It turns out that Nokia owns Vertu, and even they must question the worth of such a brand since they are looking to dump the company on to some unsuspecting buyer, probably in Korea. For anyone out there thats looking to throw away money, I have an idea for you. Why don’t you buy a normal phone that will run 10x better than your Vertu, and then you can build your karma with the leftover money and give someone in need access to clean water.