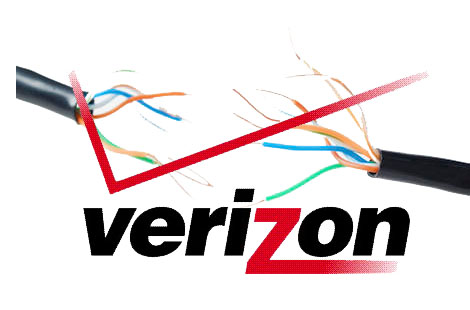 After an uproar caused by the Verizon nationwide 4G/LTE network outages and more protests against Verizon’s intention to effect a so called “convenience” fee, the embattled carrier takes a defensive position in explaining their mishaps. Under unprecedented pressure and a threat of action from the FCC, the “convenience” fee was dropped to great relief of Verizon customers. However, according to many comments of disgruntled users of the Verizon network, sporadic service drops still occur.

To justify the network’s downtime, Verizon issued a press release with an explanation about what has been going on, and did it as early as December 29, 2011. That is, a day or two after nationwide outages of Verizon data networks (both 4G/LTE and 3G) were reported. According to the carrier, these problems are happening because Verizon is a pioneer when it comes to LTE, and so there are a lot of problems that are unforeseen:

Why have these issues occurred with our 4GLTE Network? Each incident has been different from a technical standpoint. Our engineers have successfully diagnosed those past triggering events, and they have not re-occurred. We also work diligently to rectify technical problems in the Network before they affect any customers.

Our 3G and 1X Networks continue to reliably process calls, texts and data for customers with 3G devices and, when necessary, 4GLTE devices. It continues to perform at the high level that established it as the nation’s largest and most reliable 3G Network.

Another important statement in this Verizon press release is this:

Among the numerous measures we have taken or will take are: geographic segmentation, which enables us to isolate, contain and rectify network performance issues, and maintain service to the majority of customers when an issue does develop; and software fixes that we have developed, tested and applied regularly – and will continue to do so. Both will improve performance and reliability.

It’s good to know, but it also should be noted that so called “triggering events” being different in nature for many locations may not be eradicated on anytime soon. Additionally, a proposed “geographic segmentation” may equate to a total overhaul of the entire Verizon 4G/LTE network. Which also can’t be made overnight.