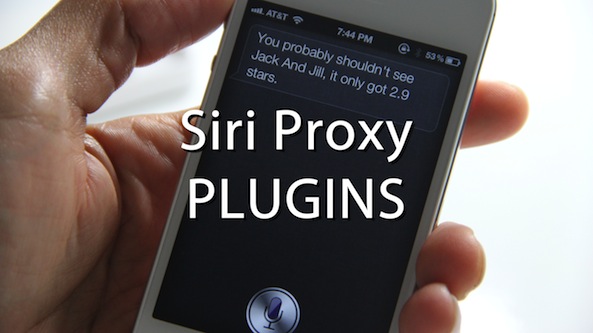 Apple’s personal assistant program, Siri, is certainly a very unique addition to the iPhone 4S. It is such a highly desired option that many iPhone 4 users (or developers) have went through get lengths to get Siri working on their devices, despite the fact Apple doesn’t officially support it for iPhone 4 and other earlier phones.

What could make Siri even better though? Even greater control over what kind of programs it can be used in. Luckily there is a way to get more out of Siri and it starts with installing Siri Proxy Server.

The “I Download Blog” has some great instructions that not only include how to install the Siri proxy server but additionally get plugins working that add plenty of new power to what Siri can do. These plugins range from allowing tweets on command through voice, starting your car, controlling your television, and even browsing IMDB’s movie database.

Check out the video tutorial below to see just how easy it is to install Siri Proxy plugins once you already have Siri Proxy installed: