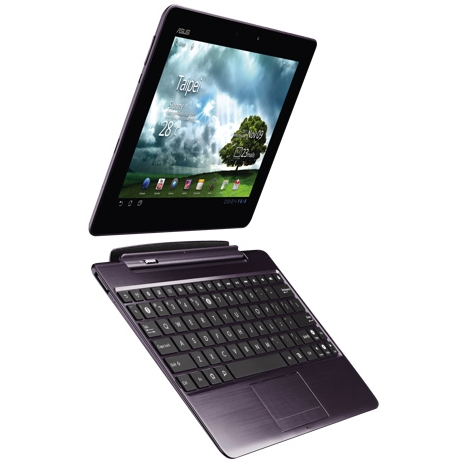 Asus is updating its Transformer Prime firmware from 8.8.3.29 to build 8.8.3.33 which is meant to address several problems identified by the company. First, it attempts to “enhance GPS speed” by automatically downloading satellite location tables over WiFi.  Apparently, by “enhanced GPS speed” the improved and shortened procedure for GPS lock-on was meant. The feature is implemented as an ASUS quick response on Transformer Prime customer complaints over faulty GPS functioning. Other changes include improved touch response and better camera focusing (an issue we took note with in our review). As The Verge reports, strangely enough, the details for this firmware only appear to be posted on Asus’s Germany Facebook page; the support page for the Transformer Prime only has the previous update (8.8.3.29) available as of the writing of this story.

While dependence on WiFi when improving speed and accuracy of a GPS lock might be questionable, and we at MobileMag will be glad to have reports from our commenters on how this new firmware update worked for them, the ASUS responsiveness to customer complaints is very laudable. BGR adds to this that ASUS Eee Pad Transformer Prime gets Android 4.0 Ice Cream Sandwich on  January 12th.

There is also good news for the community of developers of alternative, custom, modded ROMs for Transformer Prime. An official ASUS statement announced that their bootloader is locked “due to content providers” requirement for DRM client devices, which is understandable.  Asus went on to further announce that they plan to release an unlock too for the development community.  The only drawback to this, is according to Asus you may not be able to rent videos via Google, and the warranty would become void from Asus;

Regarding the bootloader, the reason we chose to lock it is due to content providers’ requirement for DRM client devices to be as secure as possible. ASUS supports Google DRM in order to provide users with a high quality video rental experience. Also, based on our experience, users who choose to root their devices risk breaking the system completely. However, we know there is demand in the modding community to have an unlocked bootloader. Therefore, ASUS is developing an unlock tool for that community. Please do note that if you choose to unlock your device, the ASUS warranty will be void, and Google video rental will also be unavailable because the device will be no longer protected by security mechanism.

If only someone could talk Barnes & Noble into a similar respect for their modders’ community, unlockable Nook Tablets might be selling so much better.