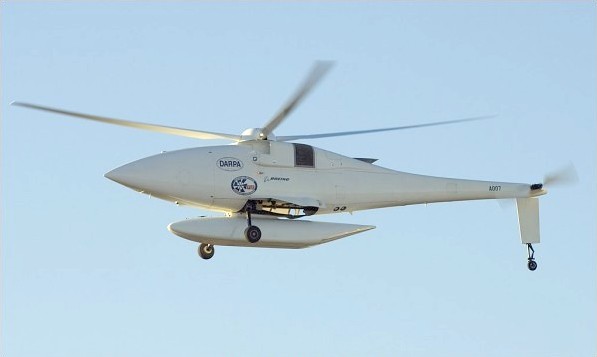 It makes sense that the military wants to have eyes in the sky for surveillance, but when you’re that far away from your target, it can be pretty tough to really see what you want to see. You need more pixels, gigapixels perhaps, and in the case of the US Army, they’ve opted for 1.8 of them.

The A160 Hummingbird was recently unveiled with a new imaging system. Remember that 1.8 gigapixels is 100x more detail than what you’d get with your 18MP digital camera, and it’s usually only with multiple shots that we regular folk can stitch together a gigapixel photo. The kicker is that this hovering aircraft can send back real-time video streams at 10 frames a second too.

When hovering at an altitude of 20,000 feet, the camera has a field of view of almost 65 square miles. The army can then simultaneously track up to 65 targets within this field of view without having to decide which target is the priority. “If you have a bunch of people leaving a place at the same time, they no longer have to say, ‘Do I follow vehicle one, two, three or four,'” said program manager Brian Leninger. “They can say: ‘I will follow all of them, simultaneously and automatically.'”

The drones use the Autonomous Real-time Ground Ubiquitous Surveillance Imaging System (ARGUS-IS) first deployed last year. The first generation drones were manufactured by Boeing, but the military is holding a “full and open” competition for the second generation contract.