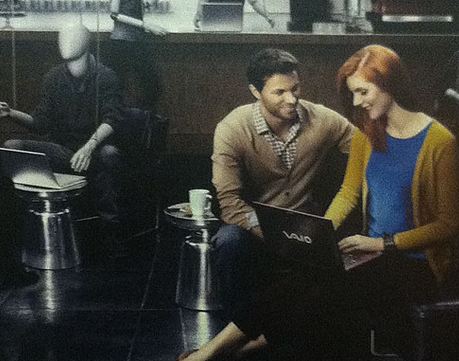 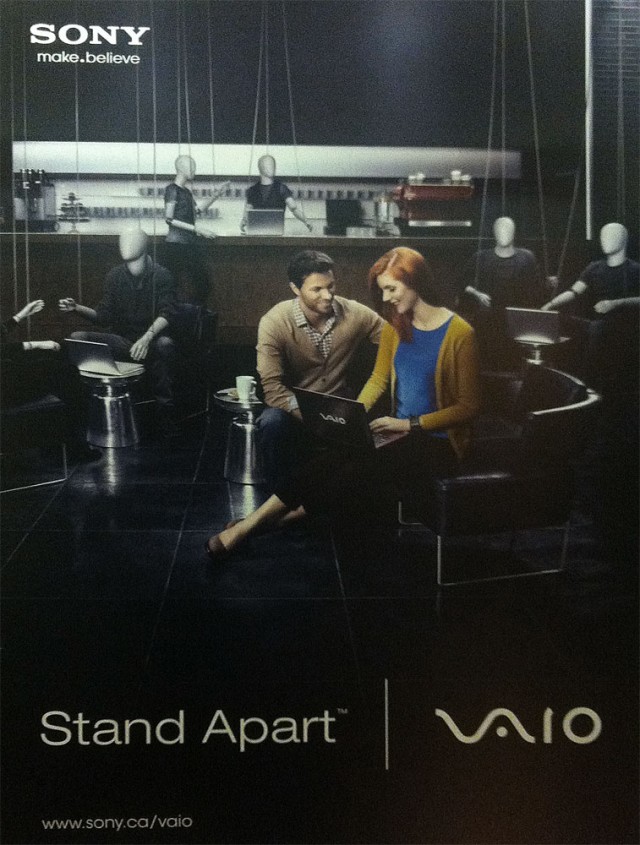 We spotted this on a Toronto subway, the ad shows a young couple at a coffee joint, happily enjoying their Sony Vaio laptop. They stand out from the crowd, because they are the only human characters in the image. The rest of the folks at the coffee joint are blank-faced marionettes using what appear to be aluminum unibody notebooks.

Yes, none of those other laptops have the Apple logo on them, but it looks quite clear that the MacBook-ness is heavily implied. We can safely conclude that Sony is saying the Mac users are just puppets who have no personality of their own. Indeed, the tagline for the ad is “Stand Apart.”

The Sony VAIO line has always pushed its stylishness and this almost coy anti-Apple campaign is no exception.