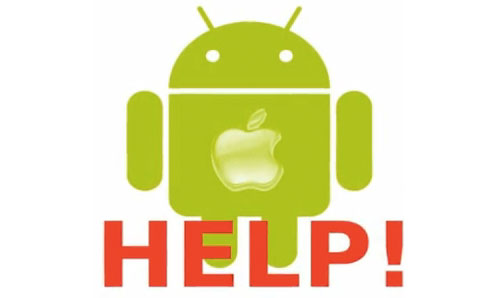 A wonderful and extremely useful app appropriately named “Help!” has made its way to Kickstarter for a bit of a boost. Its creator, a developer named Joe Reilly has described it quite well:

Help! is an emergency smartphone app that, at the touch of a button begins recording audio and video while simultaneously uploading the footage to a remote server. When the server connection is broken (turning off the app, battery dying, etc) an email goes out to 1 or more addresses you have designated to alert your family, friend, lawyer, etc that there is a video waiting for them and that you may need help. This way you are never without an alibi, a witness, or someone who knows what’s going on. The email comes with a message that tells the recipient you have activated “Help!” along with your location and a link to view or download the footage.

No one can steal your phone and destroy the evidence because it’s already backed up and distributed.

I would personally would love to see the owner’s voice able to activate the app too, not just by pressing a button. A victim might be subdued at the moment and not in the position to fumble with his/her phone so a voice command might be life or death.

Your Android phone itself could be stolen too,  or confiscated in the first place. That is, before the app activation could even take place, or even before you realize you’re in a dangerous situation. Personally, I would prefer an Android wristwatch doubling as an emergency phone, or any concealed cell phone capable gadget dedicated for a dedicated “Help!” function and any other supporting features like location finder, photo and video distress calls. Just throwing out ideas, but Joe seems like he’s on the right track.

The situations and circumstances where you could use this app are, well, mostly emergencies.

Have a feeling something isn’t right or you think some creep might be following you down a dark alley? Activate “Help!” just in case, until the danger passes. You can always call your emergency contact(s) and tell them to disregard the email.

Are you getting pulled over and want to make sure the law enforcement follows the rules? It’s your word against theirs without “Help!”

Witnessing a robbery or hostage situation? “Help!” gives no visible indication it is activated unless you set it to.

At a protest and things getting out of hand? Help serve truth and justice without worrying that someone can get away with anything by confiscating or breaking your phone!

This App could save your life or keep you out of jail someday!

Everyone you love should have this app on their phone.

I also would add cases of strokes, heart attacks, and all other acute health conditions that might normally be served by 911 calls, but could be rendered inaccessible for such a patient.

Joseph Reilly guy has so far collected pledges in amount of $866 for just two days of the “Help!” app being announced as a Kickstarter project. His goal is $7,700, let’s hope he will get it in the next 29 days of  funding period or else.