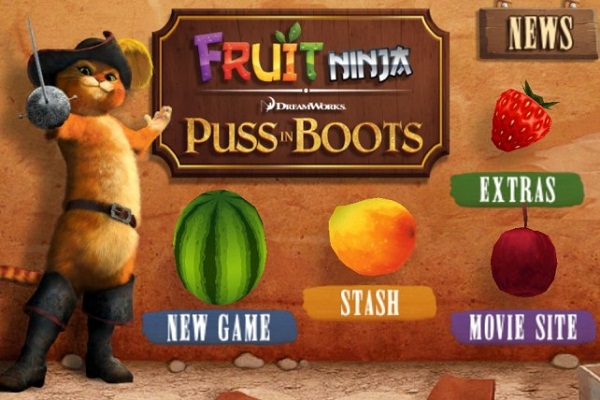 Cats do the darndest things. They get stuck in boxes. They ask if they can “haz” a cheeseburger. And now, there is video evidence that our feline companions may really be the best at slicing up fruit with their paws. Fruit Ninja HD is a pretty popular game across multiple platforms, but this kitty has it running on an iPad.

I guess it’s just a natural instinct. I’ve played with cats by getting them to chase around a laser pointer. They like the fast darting motion, presumably because it’s the same kind of motion that would get them to hunt mice and other little vermin. The digital fruit in the iOS game presumably isn’t nearly as nutritious, but it can be just as fun.

The kicker? The orange tabby is actually really good, earning an impressive score of 128. I just hope for the iPad’s sake that it has a decent screen protector on there. I’ve seen what cat’s claws can do to furniture and other valued belongings.