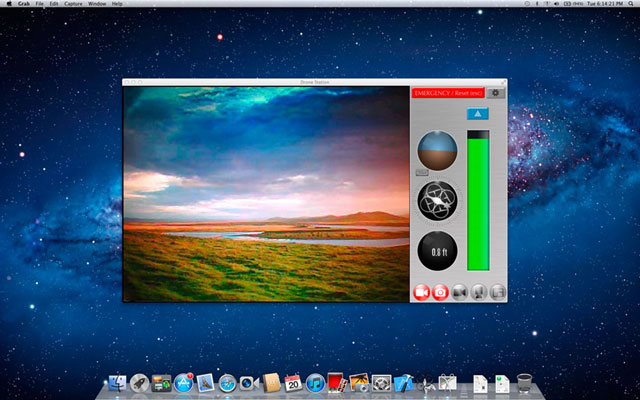 The Parrot AR Drone is a unique stable flying device built around the idea of being piloted through the use of an iPhone and a special control app. While a unique idea, many users didn’t feel that the iPhone was the cheapest or most accurate way to pilot the drone.

Luckily, Logic Consulting has fixed the problem by creating a new MAC application that talks to the AR Drone through the same protocol as it would with the iPhone app. Because the unit can use higher power WiFi equipment from a USB dongle, it can also pilot the drone at greater distances than could be achieved with the phone. The on-screen application also includes much more detailed information and control.

The new MAC application is compatible with the following controllers:

Overall, the AR Drone looks pretty cool and this new app brings great control to the drone. It also gives the device a much broader range of users, since it now supports both iOS and Mac too. Of course, I’d love to see a PC version of this software surface as well, but at least this is a step in the right direction.

Check out the video below for a closer look at the new drone application in action: