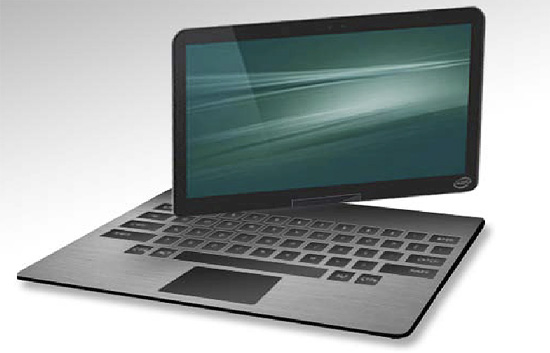 A new feature article by PC Magazine discusses the future of ‘convertible’ style tablets. Essentially the article focuses on how convertibles have existed for a while, but with changes in technology and the introduction of Windows 8, they are finally becoming feasible.

The earliest tablets started out primarily as large and bulky laptops that could be converted in to ‘touch tablets’ through a swivel motion. This hybrid technology was bulky, killed batteries, and largely was kept back by poor touch performance and horrible software, although it did have a niche purposes for some businesses.

In recent years more robust tablet convertibles have started to surface that use Atom processors and Windows 7, or have “Windows 7” for laptop functions and “Android” for tablet use. None of these solutions have been particularly successful, but PC World argues that with Windows 8, this will all finally change.

For complex laptop tasks, Windows 8 utilizes desktop mode giving you the full experience of Windows, and for more touch-friendly abilities you have the Metro interface.

I personally tend to agree with the article’s assessment of Windows 8 and its use in hybrid solutions. Currently the only kind of hybrids that could exist are those that use a mixture of Android and Windows, which provides a clumsy experience. Windows 8 targets both tablet and PC audiences, so the creation of a type of computer that is useable as both makes a lot of sense. Additionally, Intel expects such convertible products to arrive sometime in 2012.

As far as Apple getting involved in such a device? Personally, I just don’t think such a desktop-centric hybrid device sounds like something that is up Apple’s alley.

In addition, it would likely require Apple’s next version of OSX to adopt even more features from iOS than Lion has already. I don’t know if such an investment in time and money sounds like the Apple thing to do, either.

In the end, hybrids will likely weigh more and have less battery power than tablets, but in an ultrabook format that will certainly find themselves at the very least, a niche market. Will convertibles overtake tablets altogether? Personally, I’d say not a chance. Only time will tell to see how well such Windows 8 convertibles are received in the marketplace.