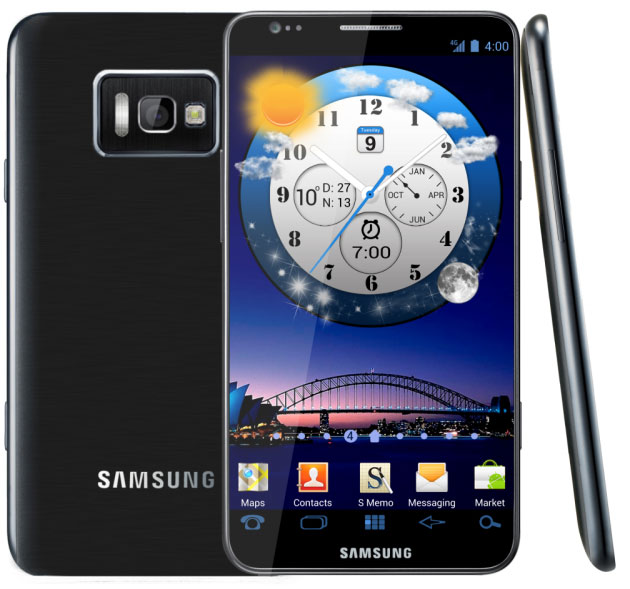 According to an article in Korean ETnews, that is retold by Phandroid, the Samsung Galaxy S III may sport a 3D-capable screen. There were several wishful renderings of Samsung’s new flagship phone swirling around in the Internet recently, all of them were mildly dismissed by Samsung.

Naturally, a presumed quad-core 1.5 GHz Exynos 4412 application processor for this phone might be a good basis to include 3D visual capabilities for its screen. Real question is, how much traction the idea might gain amongst consumers? Samsung 3D TVs are still looked upon as a niche product, however, maybe a phone with 3D UI capabilities will fare better.

Imagine a carouseling 3D TouchWiz 5.0 UI on such a phone’s home screen, or on apps screen. When the icons and widgets will be rendered really in 3D, it might be actually operated better with hovering swipes than applying the regular touch swipes. That is, if Samsung will embrace Cypress Semiconductor TrueTouch technology for its rumored Super AMOLED Plus HD capacitive screen’s sensor. But just as with those renderings from Russian artists, one of which is shown here, it may never happen.