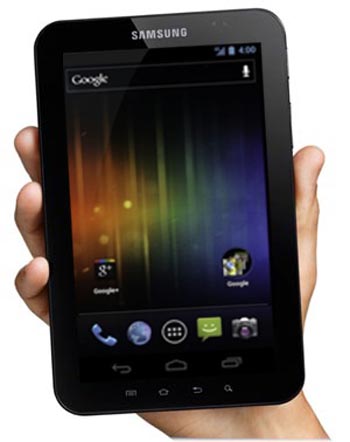 I use a Galaxy S Captivate as my primary smartphone these days and I’m reasonably happy with it. That said, it’d be awesome to feel like I got a brand new phone by introducing Android 4.0 to the mix. Samsung originally said they weren’t going to try and port it over, but it couldn’t be a hardware issue since the Nexus S (with mostly the same guts as the SGS) is getting ICS. Apparently, TouchWiz could be bloating up the device so that it can’t handle the newer version of Android.

Presumaby, the same issue must be affecting the port of Ice Cream Sandwich to the original 7-inch Samsung Galaxy Tab. That shipped with Android 2.2 Froyo last year. The assumption is the elimination (or shrinkage) of TouchWiz would enable ICS to get onto both devices a little more easiliy. Samsung isn’t guaranteeing an ICS port to the SGS and Gtab, so you might have more luck waiting for an unofficial port via the folks at XDA or elsewhere on the web.