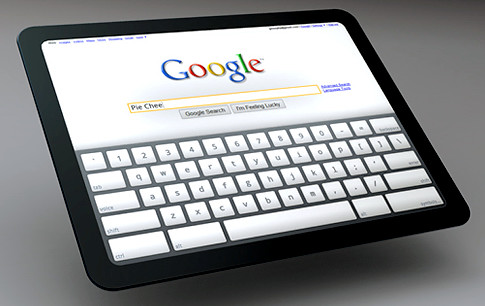 Google’s Eric Shmidt has reportedly said that a Google-branded tablet might be launched in the first six months of 2012. The tablet plans were mentioned during an interview with Italian newspaper Corriere della Sera. Schmidt’s quote could mean many things. First, that Google has plans to develop, market and sell its own tablet within the next six months. Or second, and perhaps more likely, Schmidt’s statement could mean that Google is planning to begin pumping up the marketing around Ice Cream Sandwich and improving the experience that Google offers on Android tablets. Currently, Android 3.0 (Honeycomb) tablets leave much to be desired when it comes to the end-user’s overall experience, and sales have been lackluster at best according to numerous reports. The effort to put Ice Cream Sandwich on every tablet though can be easily seen in recent appearance of the Ainol Novo 7 Basic, a strange cheapo Chinese 7″ device endorsed by Andy Rubin nevertheless.

The interview in question took place in mid-December. Since then, further rumors are abound: according to DigiTimes sources, sales of tablets of Google’s Android partners may suffer because of this decision. This is a highly speculative outcome though; similar favoritism didn’t do much to boost the sales of previously Google-endorsed Motorola XOOM or later Samsung Galaxy Tab 10.1 as opposed to other Honeycomb tablets out there, as they all didn’t fare well. Then, the same sources have hinted that Google may choose Android 4.1 which supposedly will boast features unavailable to other, non-Google-branded tablets that will stay with Android 4.0.x at best for a time being. This particular part of a rumor looks quite realistic: why bolster the competition by scattering development efforts across so many different platforms?

Whether or not the Nexus moniker will be attached to this future Google tablet is to be seen, but highly unlikely. Google has not put forward an official name for it and since Google will only be ‘marketing’ the tablet, it’s hard to imagine they will follow suit with the Samsung line of the past. It’s worth mentioning that since the XOOM 2 AKA XYBOARD was just released by Motorola, the chances of it being Motorola is highly unlikely. But, since Google acquired Motorola Mobility division for $12.5 billion in the beginning of 2012, it may make choosing a manufacturer of this first Android 4.1 tablet with Google logos a little easier.