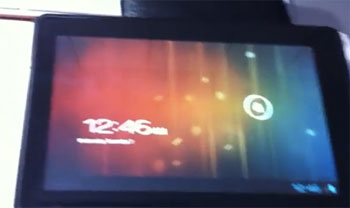 A prominent member of the hacker community, named Justin Case, has challenged Amazon’s Lab 126 coders with this message published at XDA-Developers:

Open Letter to Lab126/Amazon. Please consider leaving the ‘feature’ BurritoRoot takes advantage of in future firmware. The method we used is very safe, and not abuse-able by malicious applications. Leaving it, will lessen the risks of public disclosure of dangerous alternatives, which lead to warranty returns.

(aka) I have a root for your next release if you fix this, and it isn’t nearly as safe. I am willing to disclose it privately if you agree to leaving the BurritoRoot ‘feature’ intact.

As it is, the message shows much of the anger of an overworked hacker. In more neutral words, Justin Case asks to leave ‘intact’ the feature he used as a base for his root exploit of the last Kindle Fire firmware update, namely 6.2.1. BurritoRoot was shown to work on every Kindle Fire ROM update, except for 6.0. Naturally, with the release of 6.2.1 automatic OTA upgrade, it’s not a problem for users of early Kindle Fires: they can be rooted after receiving an upgrade from Amazon.
Justin Case also dares to challenge Amazon that ‘just in case’ Amazon would try to ‘fix’ the feature, his current root exploit is based upon, he has another root exploit he feels he would be compelled to release.
As it stands now, the BurritoRoot for Kindle Fire requires a rather convoluted procedure that takes ADB debug mode and host computer settings to accomplish. However, rooting a Kindle Fire is obviously not an end in itself: it’s more like a path to putting a custom CyanogenMod 7 (Gingerbread) firmware, or early build of custom CyanogenMod 9 (Ice Cream Sandwich).  Alternative firmwares may also include an overclocked kernel 2.6.35.7 by intersectRaven.
It’s still worth mentioning that rooting your Kindle Fire may void your warranty, if you won’t find a safe way to ‘un-root’ the device and roll it back to stock Amazon’s firmware. Bricking a Fire, or boot-looping it are also quite possible outcomes if your skills in handling ADB debug mode may occur insufficient for these tasks proposed by Justin Case and others.