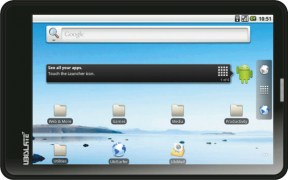 Not long ago, the Indian government sponsored the creation of a tablet from DataWind that had modest specs but was priced low enough to make it affordable to the public.

Thanks to the runaway success of the original model, called Aakash, a much beefier 7-inch second model of the UbiSlate 7, has now been announced.

The UbiSlate 7 touts the following specs:

While these specifications aren’t exactly what some of us would call impressive, the price point of $57 US dollars certainly is. This model is actually $10 more expensive than the original, but features much improved specifications particularly in processing department (the original had a measly 336MHz Arm11 processor).

The device is expected to hit the markets in India in January, with DataWind planning to produce roughly 1,000 units per day.