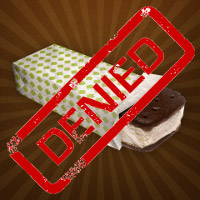 Samsung’s reasoning behind this decision is quite straightforward: there are not enough space on these “legacy” devices to hold Samsung’s ICS firmware. Which is quite strange on the first sight, as Nexus S with the hardware that is very similar to Galaxy S, is getting ICS just fine.
On second thought, requirements of additional ROM (and RAM) space are quite obvious. Samsung’s obligatory TouchWiz skin, included video conferencing sotfware, additional widgets, carrier software and localization. For an ordinary user, these add-ons are collectively called “bloatware” which is well known to overload the device hardware, making it laggy, unresponsive, and hiding very suspicious carrier “wares” of Carrier IQ type.
The practice of adding these “value-added” softwares at every stage from device manufacturers to vendors is a direct road to further fragmentation of the Android ecosystem. Having 20…30 distinct ARM hardware platforms to serve with ICS may look like a much simpler task than keeping manufacturers and vendors from heavy “theming”, “branding”, and otherwise bloating the clean and quite capable Android 4 firmware.
On unwillingness to release ICS for their older devices, Samsung also quotes problems that these devices may have with RAM and ROM management. This argument is really quite laughable: get rid of the bulk of your bloatware, and you can lessen the load on RAM and ROM significantly. The development of clean, streamlined and optimized Android 4 based firmware for these devices at XDA-Developers as alternative ROMs (CyanogenMod 9 project, for example) shows it clearly.