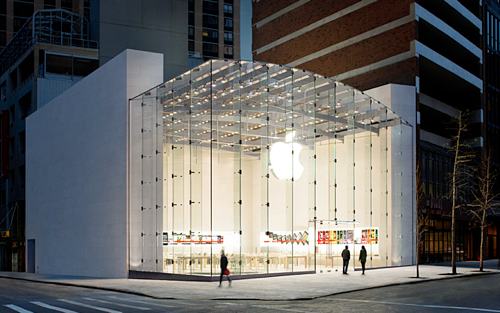 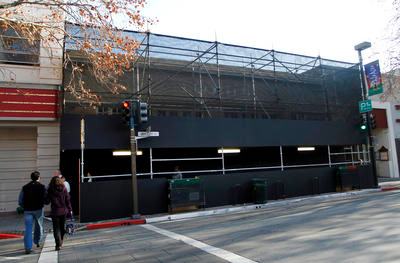 When it comes to Apple, aesthetics are very important to the designers. We see the beauty of design in nearly everything Apple crafts from the iPhone to the Mac, and even their retail locations. It has been ten years since the first Apple Stores started popping up, and the elegant yet minimalist look that suites Apple products has been rather faithfully mimicked even in the way the stores are built and laid out.

Now Apple is preparing to build a new store in Palo Alto, just one block away from their existing older store. The new store will serve as a prototype design for what to expect in future design style from Apple, although they will continue to keep each and every Apple Store’s design as unique as possible. It is important to the company that they adapt to the environment and structural limitations of every location, while still keeping up with Apple style.

The new location will be designed by the same folks as the Upper West Side store design (pictured above), Bohlin Cywinski Jackson. It will be a two-story design just over 15,000 square feet of total space, and will include a basement for offices.

The store will begin construction any day now and is expected to cost a total of $3.15 million. Once completed the older store (built in 2001), will be shut down. Estimates for the grand opening on the new Palo Alto location are sometime in the late spring or early summer.