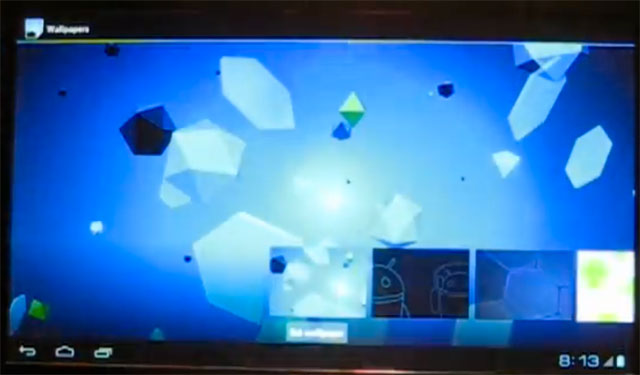 Just over a month ago, within a day of Google’s release of the 4.0.1 ICS version of Android, Linaro showed videos of it running on the Texas Instruments (TI) PandaBoard and shortly after that on the Freescale i.MX53 Quick Start board, the Samsung Origen board and ST-Ericsson’s Snowball board.

The accelerated graphics support that has been made available just couple of days ago makes use of the ARM Mali-400 graphics processor employed by two of these boards. This graphics processor is integrated with a dual-core ARM Cortex-A9 processor: on the Samsung Origen board in Samsung’s Exynos 4210 SoC, and on the ST-Ericsson Snowball board in ST-Ericsson’s NovaTM A9500 SoC.

Samsung Exynos 4210 based Origen board gets this nice and smooth demo:

Origen development board is well known base for experimenting with firmware for Samsung Galaxy S II.

ST-Ericsson Snowball board is showing no less smooth accelerated graphics in this demo:

Linaro explains its success by the fact that it uses the latest GCC 4.6 toolchain to build Android, enabling Linaro’s Android to outperform standard Android builds in benchmarks and real-world tasks. The 4.6 toolchain allows developers to optimize for the latest SoCs like ST-Ericsson’s Nova A9500 processor and Samsung’s Exynos4210, which leads to an improved user experience. Furthermore, the toolchain gives early access to the performance improvements Linaro has been developing in the next release of GCC, as well as the many correctness fixes identified and provided through working with the Linaro community. As an example, the Linaro 4.6 toolchain includes features to allow software to manually or automatically parallelize compute tasks across the multiple cores in the chips.

No such good news for Linaro working with graphic acceleration for ICS on Pandaboard which is the base for Amazon Kindle Fire and NOOK Tablet, just yet.