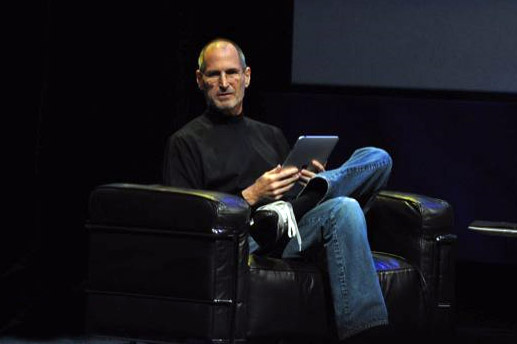 Sources at 9to5Mac quoting Focus Taiwan claim that Apple wants its iPad manufacturers and suppliers to scramble and streamline their production lines for the iPad 3 to meet a launch date of 24 February, 2012, Steven Jobs birthday anniversary.  Chinese Economic Times newspaper is quoted:

After the iPhone 4S successfully took the tech market by storm, the iPad3 is widely expected to be Apple’s first hit product to be released next year. Industry sources said the first shipment of the iPad3 could exceed 4 million units. Because it is a new gadget, it is taking time for makers in the supply chain to raise their yield rates. The sources said all OEM and ODM makers have exercised great caution in ensuring the smooth operations of their production lines.

Other sources make the figures of initial shipments even higher, at 9.5 to 9.7 million units to be built at Foxconn. By the way, Foxconn workers are asked to work overtime and through the Lunar New Year holidays apparently to meet that deadline date.

Slacker dates of iPad 3 launch were mentioned couple of weeks earlier like end of February to March, or even later. This new development, even if just rumored, puts a stricter leash on manufacturers who apparently have many problems to solve in shorter time. For example, “Retina” type displays that are supposedly to be present at new iPad3 are still having “yield” issues. Battery, connector makers and optical lens suppliers have been obviously asked to work through their holidays, too.

Earlier rumored additions of a 7.85″ iPad mini to the iPad lineup was not mentioned in this context as being planned and procured for launch at Steve Jobs’s birthday: the late Apple genius didn’t like 7-inchers. According to Brian Blair, an analyst from Wedge Partners, Apple also has no plans to produce 7.85″ iPad in 2012.