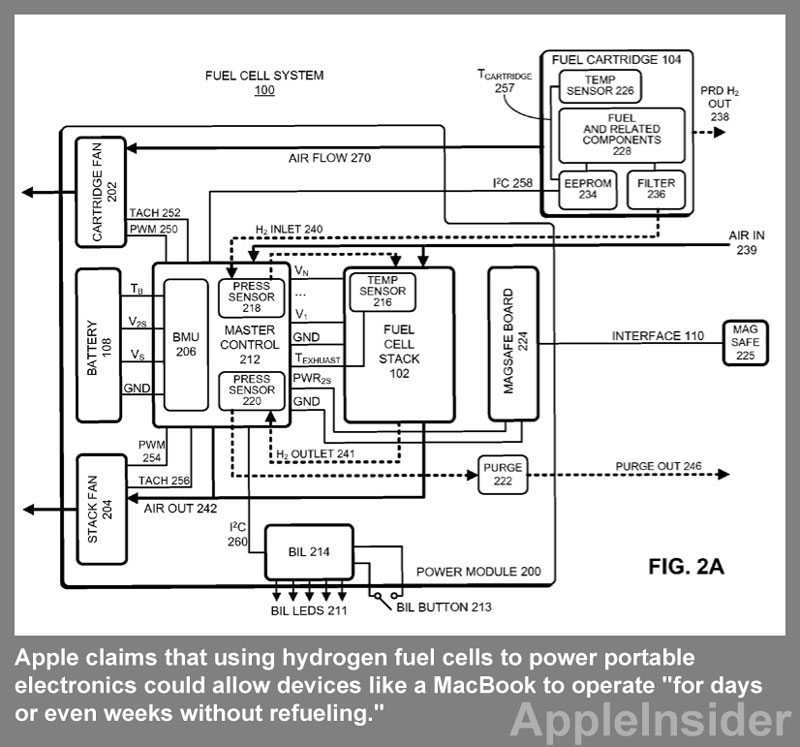 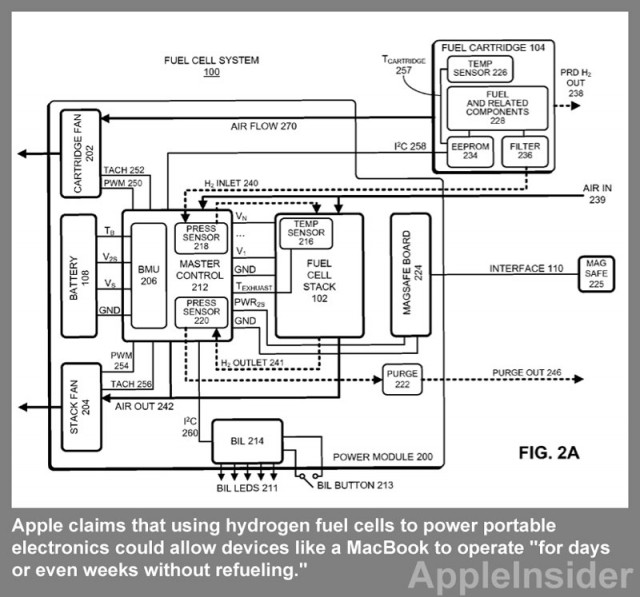 As much as many users love their Macbooks, wouldn’t it be nice if we didn’t have to recharge batteries so often? Apple seems to think so, and has recently raised a pair of Apple patent applications for fuel-cell powered Macbooks and other Apple devices. The patents placed were for “Fuel Cell System to Power a Portable Computing Device” and “Fuel Cell System Coupled to a Portable Computing Device.”

In the patent filing Apple had this to say:

Our country’s continuing reliance on fossil fuels has forced our government to maintain complicated political and military relationships with unstable governments in the Middle East, and has also exposed our coastlines and our citizens to the associated hazards of offshore drilling. These problems have led to an increasing awareness and desire on the part of consumers to promote and use renewable energy sources.

Apple believes that the Electronic Product Environmental Assessment Tool has helped increase customer awareness of environmental issues regarding electronic devices. As a consequence of this revelation, it is important to Apple that they explore alternatives like hydrogen fuel for future products.

Using hydrogen fuel most Apple devices would have power for days or even weeks without refueling the hydrogen system. The solution that Apple describes is a fuel system that can provide power to and receive power from a rechargeable battery like those found in MacBooks.

This is not Apple’s first show of interest in fuel cell technology, back in October AppleInsider revealed another set of patent applications from Apple that described lighter and more efficient hydrogen fuel cells.

Fuel cell technology is still a fairly new concept, at least in the capacity that Apple is proposing. While I won’t expect to pick up a MacBook Pro Fuel-Cell Edition anytime soon, I have seen stranger things come to pass in the world of technology.