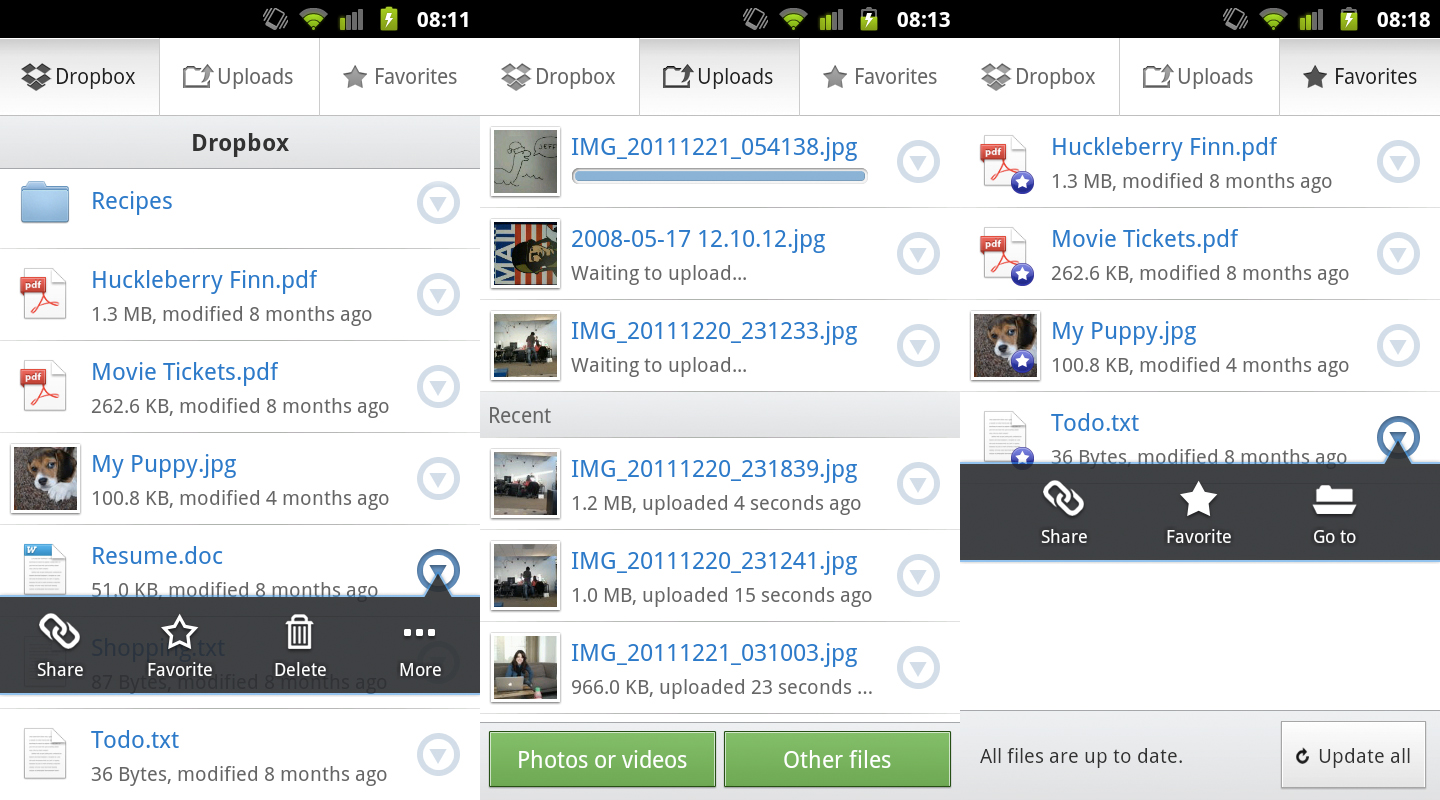 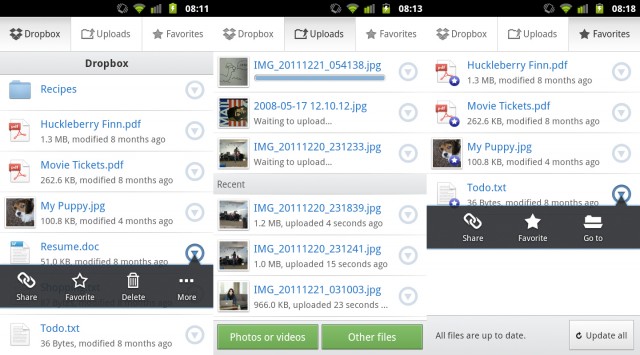 There is no denying that physical storage is slowly but surely being relegated to the back burner in favor of cloud solutions. One of the largest mobile solutions is without a doubt Dropbox. Dropbox is far from being alone in the cloud storage market, but despite large competitors like Apple’s iCloud, the company has ove 45 million registered users, more than 1 million files saved every five minutes, and paying customers exist in over 175 countries worldwide.

The service started in 2007 and have grown considerably, the company even managed to score $250 million in funding in late October.

Now what is already a great service is getting a little better. The Dropbox Blog recently announced the arrival of its Version 2.0 of the Android app.

The newest version adds many new features to the app, including:

The app is also now optimized for ICS support and had numerous bug corrections. Dropbox currently offers 2GB of complimentary space to users or they can upgrade to a Pro account with up to 100GB of space.

If you are looking for a free alternative to get above 2GB, Dropbox does offer a few possibilities. For every friend you invite you can get get 250MB of space for free, additionally students can earn 500MB for each person they invite. Of course you will need a valid student email account and a way to confirm you are in fact a student.

Dropbox is a highly effective cloud storage tools for Android users, and 2.0 is looking even better. Users can download the app from the Android market and start inviting friends immediately to earn more space.