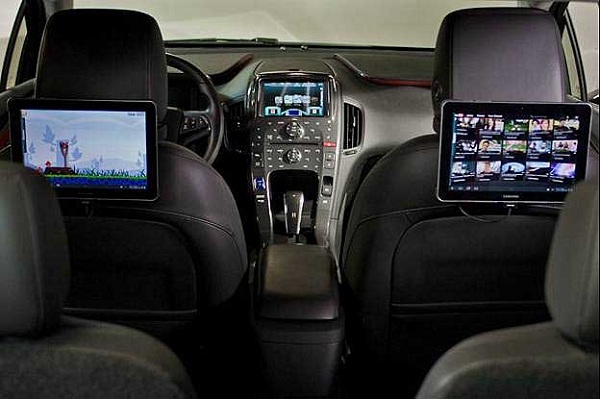 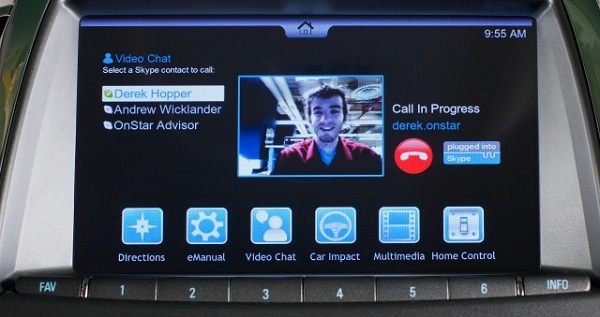 CES appears to be becoming the first big auto event of the year where auto giants can shine with their latest in-car technologies to consumers. At the upcoming CES next month, GM’s OnStar will be showing off their new in-car system and they have just teased us with.

Beyond OnStar’s ability to track your every move, remotely shut down your vehicle and unlock its doors, they will be introducing a system that will bring video chat and content streaming via Verizon’s 4G LTE network to select GM vehicles.

As you might not have forgotten, OnStar previewed a system which was developed in conjunction with Verizon in the previous year. It was shown off in a Buick LaCrosse research vehicle.

At CES 2012, the latest on that system will be revealed in a Chevy Volt research vehicle. According to OnStar, the new system is coming with features such as cloud-based streaming of content, video chat and rear-seat infotainment management.

As you can see in the above picture, the system features 2 hardwired tablets situated on the rear of the front seat headrests. It seems to be a good way to keep the kids engaged.

OnStar hasn’t announced any details regarding specifications. From the looks of things, it appears like the car itself is coming equipped with a 4G modem for internet access.

The idea of video chat while driving is a bit scary. That’s why the company is also focussing on safety and has announced that front-seat access to video chat will be enabled only when the vehicle is in park. But rear seat passengers can chat, stream, and access content through the tablets whether the car is moving or not.