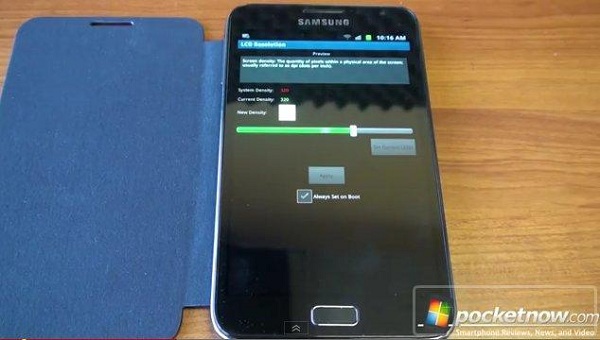 You might have your own favorite Android apps, but we encourage you to check this one out. The LCD Resolution app will allow you to make the most of your Android smartphone’s high resolution display.

The discovery comes to us courtesy of the folks over at Pocketnow who have released a video (posted below) showing how the new app works.

After you launch the app, you can adjust the screen density using a simple slider. By lowering the screen density, you will be able to make use of the big screen that is available to you. You can pack in more items on the screen at one time.

But it appears like playing with LCD Resolution might break some stock applications, although most other programs will work just fine. Check out the video to take a peek at the app working on the Galaxy Note and the Galaxy S II, and head here if you want to download the new app.