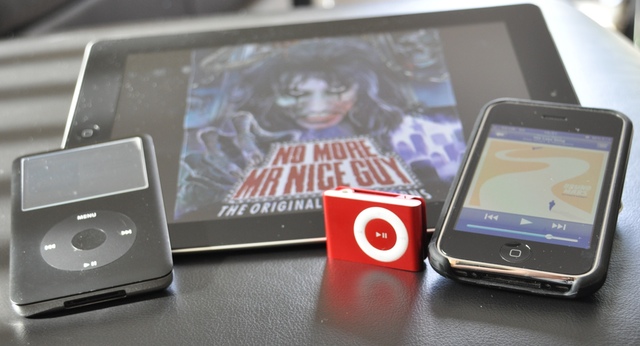 It seems that the year 2012 is shaping up to be an interesting year of uncertainty. We have rumors of various upcoming Apple products, Windows 8, Nintendo’s next home console, the end of the world according to Sony, and the advance in human consciousness all as possible options sometime in 2012.

On the Apple front, Gene Munster, an analyst with Piper Jaffray, believes that a redesigned iPhone 5 could appear in mid-2012. Such a handset could bring in features that Apple fans have long waited for like the introduction of 4G LTE technology. It takes an analyst to come up with that?

We also expect an iPad 3 and perhaps even a 7-inch entry iPad if rumors prove true.

The way that Apple sets up 2012 will largely affect the revenue for 2013, according to the analyst.

According to Munster there are two different models he believes that Apple will follow in 2013. He calls these two different approaches the base model and bull model.  Highly unlikely for Apple since the iPhone 4S would probably be the “base  model.”

For the iPhone, Munster’s crystal ball projects Apple to sell 142 million handsets for 2013 revenue, an 18 percent increase of revenue. A more bullish model for 2013 sees the company selling instead 162 million iPhone, which would result in 35 percent increase.

Munster believes that Apple will likely only produce one updated iPad model (iPad 3) for 2012, though rumors suggest otherwise.

Everyone is expecting the iPad 3 and iPhone 5 in 2012. Other rumors suggest a lower-end iPad and even an iMac Pro to replace the aging Mac Pro desktop line. Even a ultra-high resolution Macbook Pro is rumored to arrive in mid-2012.

Regardless of what Apple turns out in 2012, we’ll be sure to cover the best of it.