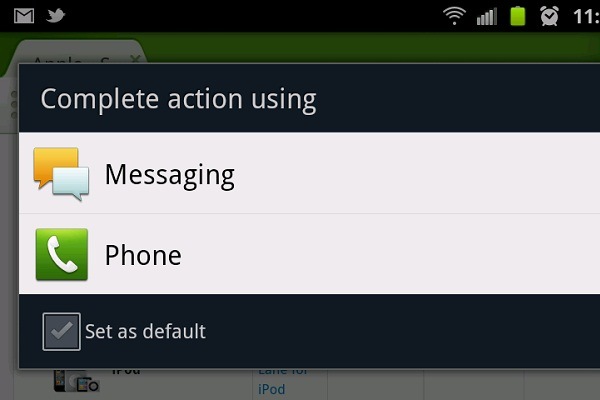 One of the most handy features on my LG Android smartphone is the ability to look up numbers through the browser, tap them, and have them launch into the phone dialer. While this certainly isn’t the most impressive feature on my phone, I still am glad to have it.

Of course I may not have this option on my next Android phone purchase, thanks to Apple.

Apple has won a patent case against HTC in the US that deals with this “text scan for phone numbers” technology.

HTC has suggested they plan on removing the technology altogether from their phones in order to prevent the infringement. Although this case was only won against HTC, many other Android phone makers might follow suite to avoid an Apple lawsuit in the future.

Does winning this lawsuit against HTC really help Apple sell more phones? Not really. I highly doubt that users will abandon HTC based solely on the lack of this one feature. In the end it really just effects us end-users who are losing features simply because of very minor patent laws.

I understand the importance of protecting patents, but in such a small scenario it is hardly a big deal in my opinion. With Apple setting up lawsuits everywhere regarding its competing smartphones, I would expect us to lose even more features on Android (and even WP7) in the future.

Do I hate Apple for it? No, I like Apple and its products, I just wish they would take less aggressive measures when going after patents that largely won’t help them sell any more iPhones than they did before.