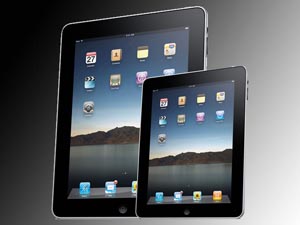 More rumors are surfacing about a smaller iPad that could be released in Q3 of 2012. Part suppliers are allegedly informing Digitimes sources about the new model, just like previous rumors of an iPad 3 sporting a 2048×1536 display.

In our November article, we also mentioned a possible screen size reduction from 9.7″ to 7.85″ for a smaller iPad 3. It is a well known fact that tablets of 7″ variety were written off from Apple’s plans long ago, as they are considered too small to be practical. The next victim
of Apple’s planning was a 16:9 aspect ratio screen on non-Apple tablets. The reasoning behind the rejection of an aspect ratio other than 4:3 is quite obvious; the experience would be terrible in “portrait” mode.
Talking about usability of a “portrait” mode on a smaller, less than 8″ diagonal tablets is more common on e-readers (Amazon’s Kindle Fire, Barnes & Noble’s NOOK Color and NOOK Tablet) and have no drawbacks.  This, and also better portability and “pocketability”, plus lower price points for sub-8″ devices can easily explain the growing popularity of the Kindle Fires and NOOK Tablets. Having no stake in this niche tablet market, Apple may suffer even if the future of 9.7″ iPads continue.

Slashgear added more to the rumor mill by quoting a Chinese source on the discovery of a cable part that supposedly goes into a smaller iPad. 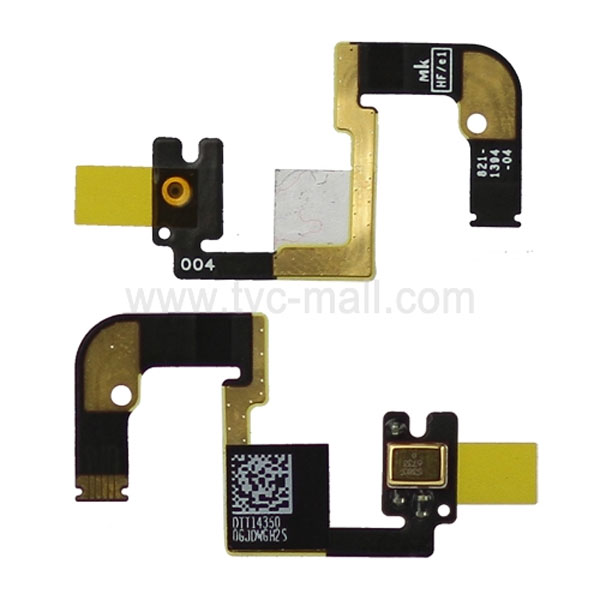 The internal iPad cable is reportedly meant for the microphone inside the tablet. It has some short turns in the design whereas the cable in the iPad 2 has a pair of 90-degree bends.  Different designs and flatter form factors than what can be accomplished with the current bent internal cable of iPad 2 may account for addressing the requirements of both smaller form factor and presumably thicker higher resolution screen panel. Then again, the cable on this picture could also be a mislabeled part of perhaps a prototype part left over from one of the existing iPads.  Only time will tell, and if there really is an iPad 3 mini in the works we’ll have to wait until next year.