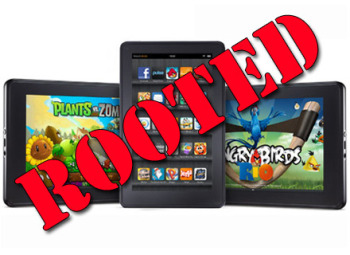 In this past year, tablets have dominated sales over e-readers. Estimates are made that Amazon Kindle Fire has sold over 2 million units, and Barnes & Noble has sold a million of its NOOK Tablet. Both vendors were also successful in selling their previous models at the discounted prices. However, you shouldn’t forget another very popular tablet — the HP Touchpad, fire sales of which were bringing over 700,000 tablets in the hands of eager customers. Then, as the numbers of RIM Blackberry Playbooks sold at similar numbers to HP’s Touchpad, the popularity of having a well rounded more powerful device has grown significantly.

From a buyers standpoint, it obviously didn’t matter whether all these portable WiFi internet devices of 7″ and 9.7″ varieties were actually marketed as tablets or e-book readers. What really mattered was the pricing of them ranging from $99 and $149 for a HP Touchpad (now can be had at around $200-$250 on eBay) through $199 for a Kindle Fire and 16 GB Blackberry Playbook, upwards to $249 for the NOOK Tablet. Looking at these price tags and comparing them to the sales numbers, it’s easy to understand that this season’s sweet spot for a 7″ tablet is around $199. In other words, if hardware makers are able to put a $199 price on their device they may sell twice as many as competitors with similar, even if a tad more powerful and versatile. Yet the overall preferences of customers spoiled by the August fire sale of HP Touchpads at $99 and $149 were definitely getting a great deal.

With three million users owning these tablets, birth to a small but very dynamic army of hackers was born. No-one can tell them that they can’t do this or that with their tablets only because the manufacturer said so. Popularity of Android and especially Android 4.0 (“Ice Cream Sandwich”) is way too high to stop the army of tinkering, many don’t even have a warranty to void.

Barnes & Noble has estimated that out of millions of their first “tablet” e-readers only 3% were “rooted” or tinkered with. This dismissive figure is quite misleading, as the buying decision of people who might never run an alternative firmware for it (such as CyanogenMod 7) could be very much swayed in favor of a NOOK Color just by the notion that this e-reader can have a “full” Android/Google experience on top of very limited functions offered by Barnes & Noble.

Let’s have a look what’s going on in the “alternative” uses of these tablets.

Custom CyanogenMod 7 ROM is being built, and we have posted a video tutorial of its installation on Fire here. The process is quite convoluted, except for a single button there are no other hardware buttons available on Fire to operate the ClockWorkMod recovery routine. Sound, audio, sound tracks don’t work just yet on this early beta, but the work on this ROM continues. Less “invasive” customization may take form of “rooting” the device and sideloading all the available for Gingerbread Google Experience: Google’s Market, and Google Apps. Rooting cuts Amazon Instant video access though. But all it takes is a simple routine to “unroot” the device after all additions have been made.

We informed you that the first experimental release of Ice Cream Sandwich (Android 4.0.1) runs on the device already. Here again, sound is missing which might obviously be explained by similar reasoning of a faulty driver as in CM7 case. The work is going on, and Fire becomes a truly powerful tablet that Amazon could never dream of.

Bootloader of the device is apparently locked. The reasoning behind employing such a strong security measure is quite unclear, because an obvious argument that Netflix might require it for certification of its app for the NOOK Tablet doesn’t hold water. Namely, NOOK Tablet can be quite easily rooted, and superuser access can be granted to whatever part of the system except for bootloader and kernel. Netflix app is nowhere near that secure zone somebody tried to envision. The decision to put NOOK Tablet’s bootloader under a lock hinders the development of alternative firmwares for the tablet, just like the similar locked bootloaders did to certain Android phones.

There are ongoing efforts to solve this problem by utilizing several techniques that might help to circumvent this obstacle. Otherwise, and outside the bootloader issue, many customizations of the present stock firmware are becoming available.

This tablet is a quite a different beast: the two e-readers above are essentially based on the same TI OMAP4430 platform, this slate however is powered by Qualcomm’s dual core Snapdragon application processor. Some early Android development code for it helped to build a CyanogenMod 7 port of firmware for it. NOOK Color CM7 tree was used as the base for such porting. It’s mostly a proof of a concept, an Alpha 3 version, at which the development has stopped; the CM team of bright coders has Ice Cream Sandwich in their cross-hairs now.

Original, “stock” webOS is not dead either on the device, we reported the story of its release as the open source project recently. The community of webOS developers might not be as big as the Android community by head count, but it certainly has a good force. Ryan Paul of Arstechnica even muses that webOS could end up more open than Android is, he also thinks about “the possibility of porting the webOS platform’s sophisticated HTML application runtime environment to other operating systems. This could allow webOS applications to eventually run seamlessly on Android devices or even desktop platforms.”. This is kind of a unexpected turn. Yet these guys had most of the CSS3 rendering hardware accelerated (like nobody else outside the QNX and iOS camps. So sure, borrow from webOS if you can. Pity Android must abandon its framework on this move to webOSdroid, but who cares? Me, I don’t.

Steps to build Ice Cream Sandwich on the HP Touchpad are under consideration. But as everywhere in this race to ICS, getting a working Linux 3.0.1+ kernel is the key. So far, Android in the form of CM7 on HP Touchpad has failed to show sufficiently more interesting features than NOOK Color has with its CM7. Which is to say, further development of webOS on HP Touchpad can bring much more perfection to the usability of this tablet.

Until lately, this iron-clad QNX-based system failed to attract much attention from the community of hackers. Yet a couple of weeks ago an irreverently named group of three hackers had obviously succeded in rooting its system to the point where they were able to put Google’s Android Market and Google Apps on this little beast:

The importance of this step is hard to overestimate. While the device is still running intact core of Blackberry OS, its “native” sandboxed Android player has left many things to be desired. Other pranks in the form of ICS or even webOS builds for BB Playbook may appear, and the value of a Playbook as a powerful, professional mobile computing tablet will only increase while its price drops lower and lower.

Appeal of IGoogle’s Ice Cream Sandwich is growing strong for “legacy” devices, too; developers of CyanogenMod 7 for NOOK Color are now busy putting Ice Cream Sandwich on the device. Then, there is ithis strange and very cheap Chinese Ainovo tablet that suddenly got Google’s blessing and certication as the first tablet running Ice Cream Sandwich. Obviously, this tablet will be late to be had as a Christmas gift, but the developments of ICS firmware for many other tablets (and smartphones, too) show a very significant trend.

Tablets in 2012 will certainly become more fun to own and use and of course, more open.