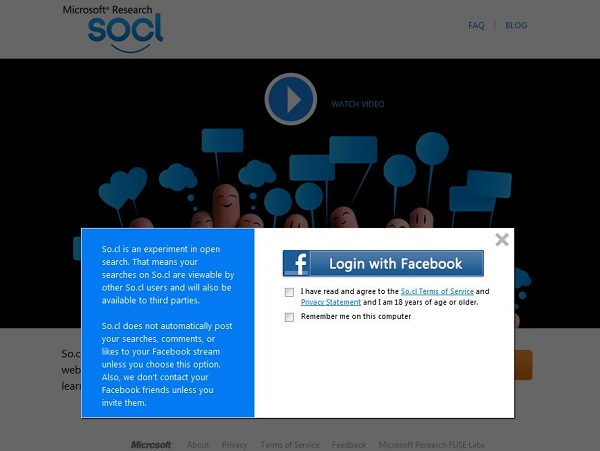 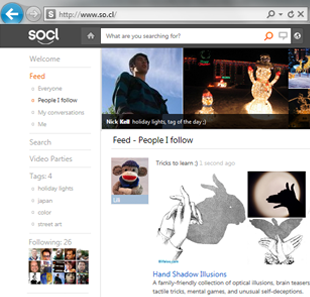 Social media may have once been the realm of geeks and nerds, but social networks like Twitter and Facebook are about as mainstream as it gets. What about students? Couldn’t they collaborate on projects and share their interests too? Somehow, Microsoft has decided to enter this foray with a new site called So.cl.

Pronounced “social,” So.cl is “an experimental research project” launched by Microsoft Research’s FUSE Labs. They’re saying that this site is “designed to give students the ability to network with peers, share useful information quickly, and build their own pages that collect information from both inside and outside the classroom.” And give Microsoft a close look at their thinking, actions, and behavior.

So, it’s a site for students to socialize and build a “new way to learn.” That sounds awfully familiar, don’t you think? Oh right, that was almost the exact same foundation on which Facebook was originally built. For students. It’s not like Microsoft is ignoring the elephant in the room, though, since the way you log into So.cl is to connect through your Facebook account.

I’m not entirely sure what’s all that different with So.cl. They say you can “build posts” with photos, video, text, and so on, as well as “find students with similar interests and build communities.” I guess you could say it’s a more academically-geared Facebook, since Zuck’s site has expanded well beyond that niche. In any case, you can check it out at so.cl.