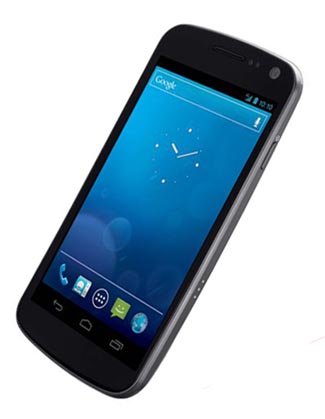 After a bit of a false start the other day, the Samsung Galaxy Nexus is now ready to make its official debut with Verizon Wireless. Yes, this is the Ice Cream Sandwich smartphone that you’ve all been waiting for. I know I have.

The Galaxy Nexus, as you know, is the first smartphone to offer Google Android 4.0 Ice Cream Sandwich as its operating system. That does away with the physical buttons at the bottom of the device, replacing them with on-screen icons instead. There are all sorts of other goodies, like the extra large 4.65-inch Super AMOLED 720p display and integrated NFC, as well as better multitasking.

As far as the Verizon part of the equation goes, Big Red is selling the Samsung Galaxy Nexus for $299.99 on a qualifying two-year contract. There’s a “limited time promotion” on right now that gives you double the 4G LTE data for free. The $30 option with 2GB of data, for instance, gets bumped to 4GB. Naturally, you need a voice plan too. Up here in Canada, the Galaxy Nexus is being sold through Bell and Virgin, though I imagine Telus and Rogers should be joining the ICS party at some point too.

[Update]: Verizon has put up the official Galaxy Nexus page as of 1:30PM PST.