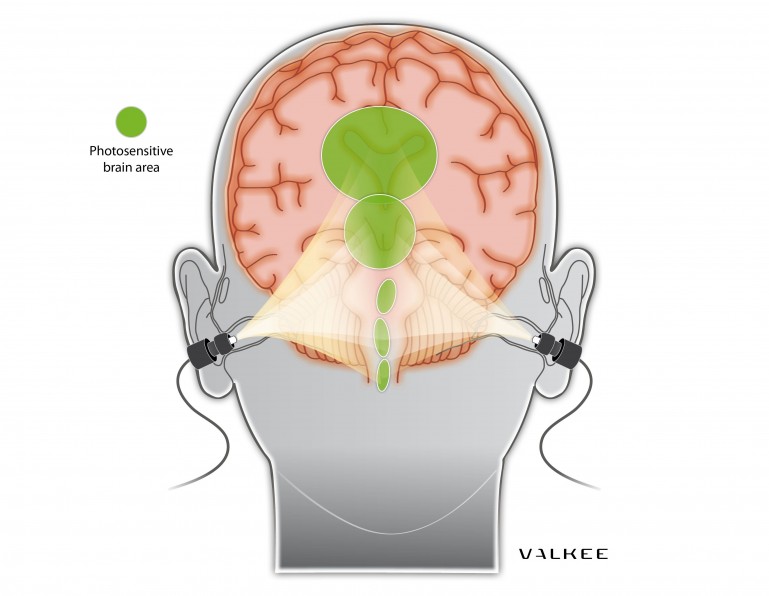 Finnish designers have created the Valkee device, a portable solarium light that shines in your ears and claims to overcome seasonal depressions from the lack of sunlight during short winter days.

The invention is based around the assertion that not only are our visual systems photosensitive, but so is our brain. More specifically, there are apparently 18 sites in our brains, where OPN3 photoreceptor proteins are located. These regions will supposedly react favorably to exposure to light, even when that light is filtered through tissue and bone.

It was claimed as an effective gadget by the group of scientists from Finland’s University of Oulu. In two clinical trials, they had people with severe seasonal affective disorder (SAD) use the device daily, for 8 to 12 minutes a day. Afterward, when those people completed a BDI-21 questionnaire (a standard for assessing depression), it was found that 92 percent of the subjects in the first trial had completely recovered.

The information presented by the company is definitely somewhat difficult to sort out, although it appears that the results of the second trial were similarly encouraging. A placebo group was included in at least one of the trials, to ensure that people weren’t feeling better merely because they expected to.

Placebo group or not, i’m not sold on it. Especially when considering the devices asking price of $294. Sure, there will always be these aficionados of enlighenting their brains in some unusual way. For them, I’d suggest trying to stick a pair of pencil-thin flashlights for $20 deep into your ears. If you have a cold, try your nostrils for the prescribed 8-12 minutes.