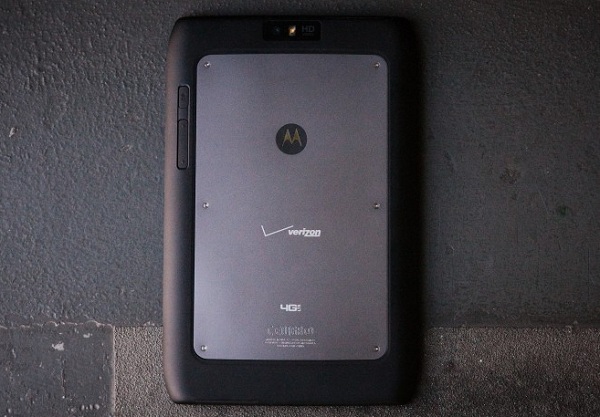 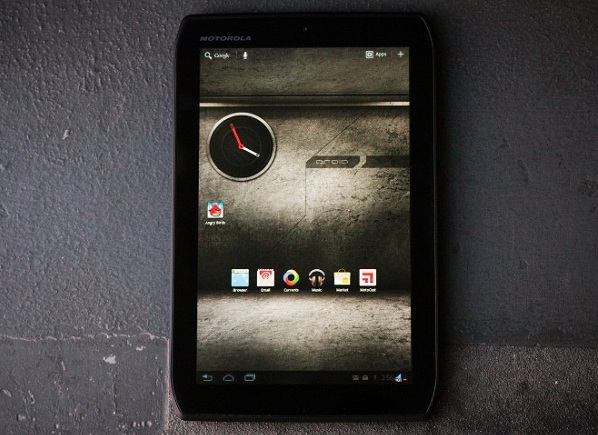 Earlier this year, I took a look at the Motorola Xoom and while it was a reasonably solid tablet, it was certainly not without its faults. Well, Motorola is ready to introduce another generation of Mototablet and they’re doing it with the strangely named Droid Xyboard.

From this first look at the tablet, you can tell that the design is quite different. For starters, you get more of a wedged-in corner kind of style, not unlike the design cue that we see in the recently launched Droid Razr. The back has an industrial design that almost reminds me of Getac’s rugged convertible tablet PCs.

While the Droid Xyboard ships with Honeycomb, it will be eligible for Ice Cream Sandwich at some point in the future.We’re being told that two sizes will be available too: 8.2-inch and 10.1-inch, both of which have the same 1280×800 resolution display, dual core 1.2GHz processor, 1GB RAM, Verizon 4G LTE, 5MP rear cam, and 1.3MP front cam.

The 16GB version of the 8.2-inch and 10.1-inch Droid Xyboard will retail for $430 and $530, respectively, with a two-year Verizon contract. Both can be bumped to 32GB models, while only the bigger tab will get the 64GB option.