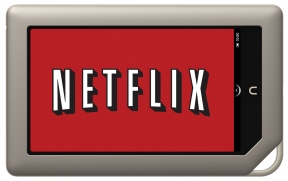 While you would think that Barnes & Noble would focus most of its attention these days on the newer Nook Tablet, it seems that the one year old Nook Color is actually receiving an interesting update to its firmware today.

The upgrade includes several additional features that can move NOOK Color much closer to the NOOK Tablet, at least in base functionality.

Beneath the custom e-reader interface, the Nook Color actually had real Android power and function, something that many developers of custom ROMs have known since day one.

It’s good that Barnes & Noble recognizes it as well, even if a little late.

The upgrade is rolling out and installs as an OTA (Over-The-Air) update right now. It’s too early to make any comparisons just yet. The CyanogenMod 7 community for NOOK Color is not very much excited: they have enjoyed the same, or similar functionality on their NOOK Colors since last summer. Then, the upgraded firmware doesn’t include the upgraded kernel: it’s a Froyo-based old 2.6.32.9 kernel still.

NOOK Color is discounted to the $199, the same price shared by the more powerful Kindle Fire. I somehow doubt this new update will bring in more NOOK Color buyers, even with the new additions.

Instead of focusing on the dying, under-powered Nook Color, Barnes & Noble should really spend their efforts working to build up the popularity of its more powerful Nook Tablet.