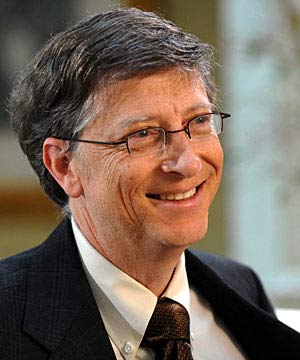 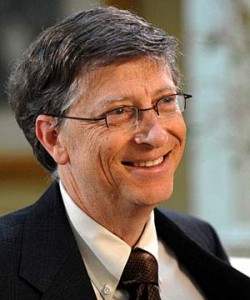 A article from Fortune surfaced just today (12/8), discussing the possible rumor of Bill Gates returning to the helm of Microsoft. According to Fortune a prominent chief executive heard from someone close to Gates that he might be contemplating such a move.

To me, this is basically like the old gossip mill idea of “I heard from my boyfriend’s sister’s friend’s cousin that [ insert gossip here ] is going to happen.” So it should certainly be taken with a grain of salt, at least for now.

There has been no official names or information included with this ‘rumor’ and even Bill Gates himself has shot down the idea on more than one occasion in the past. Bill Gates has stated before that the Bill & Melinda Gates Foundation is his job now, and left it at that.

So what is sparking these rumors? Likely it has something to do with all the gossip and speculation surrounding recent Microsoft moves in the direction of the company, such as Windows 8 and its new Metro interface.

Probably one of the most recognized examples of a successful comeback from a founding figure would be the example of Steve Jobs. When Jobs returned to Apple in the late 1990s, the company was certainly falling down the tubes with such failing projects as its Mac clone program. With Jobs back at the helm such innovations as iPod, iPhone, iPad, and the switch to Intel processors led Apple to its strongest position in its entire history.

Would such a return do the same for Microsoft? Personally, I don’t feel that Microsoft is anywhere close to the position Apple was in the late-90s when Jobs came to the rescue, for one thing. Yes, Vista didn’t do well and Phone 7 has yet to really take off, but Windows 7 and the Xbox franchise are stronger than ever.

Windows 8 and the idea of putting Metro-style interfaces into all of Microsoft’s products are certainly leading Microsoft in a new and unique direction, but I don’t personally feel this is a bad idea (though it does seem like a bit of a gamble). Regardless of who is in charge of Microsoft – Ballmer or even Gates himself- there will be challenges ahead for Microsoft to adapt and evolve into new markets like tablets.

So what could Gates bring to the table than Ballmer can’t? I suppose there is the concept that when a founding member returns to a company it helps the overall morale of everyone working there. Also thanks to several prominent examples (like Jobs) of this move working out, it could certainly drive up stock prices at least temporarily.

Is there any credence to this rumor? I suppose maybe a little, but I think it would be more likely that Gates would return to working as a consultant or a similar position to this, instead of ripping the company out from under Ballmer altogether. Would a return from Gates bring the company’s price upward? Most probably, but I still feel that no one should count Ballmer down and out.

Ballmer has made many changes in direction since Gates stopped working directly at Microsoft (which really only happened in 2008- yes he wasn’t CEO for years at this point, but he was still involved). Some of these changes might seem strange and foreign, but I really look forward to the ride that is ahead. Will this ride end in a change of hands in Microsoft management or even with Microsoft losing its strong lead as the big guy in the IT world? Conversely, will new changes actually make the company push ahead stronger than ever in years to come? Your guess is as good as mine.