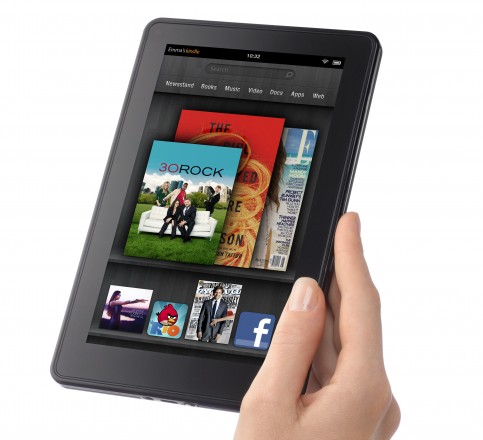 In the past we covered an XDA Developer forum member’s semi-successful attempt to get the CM7 ROM running on the Kindle Fire. Now it seems that yet another person has gotten CM7 running, this time with more success. Jeff Benjamin has taken things a step further and has even posted a detailed tutorial and video for installation of the CyanogenMod 7 (custom ROM) on Amazon Kindle Fire.

Kindle Fire has just one hardware button, and this fact makes it extremely difficult and challenging to run ClockworkMod (CWM) recovery on the device. Nevertheless, with the concerted effort of the finest XDA developers CWM for Fire has got its unique “one-button” version and fully capable of installing CyanogenMod 7 on Fire now.

CWM is a must when dealing with early development ROMs because these highly experimental ROMs might melt your tablet in no time: I wonder why they chose to call their e-reader “Fire” in the first place? If you are good with running ADB commands from the host PC, the tutorial is quite sufficient in bringing about a desired result, its steps are illustrated by TWRP, for example) which is still under development, but the whole routine works.

What doesn’t work is sound, and probably some other regular (for CM7, at least) features. A similar “soundless” ICS port we wrote about recently may have the same reason for being mute: stock Kindle Fire ALSA sound drivers might have got some undocumented and misunderstood tweak when entered the AOSP/CM7 repositories.

With the Ice Cream Sandwich advent to the scene, there might be little interest in running CM7, a customization of Gingerbread on Kindle Fire. Still, from a developer’s point of view the CM7 on Fire experiment is a good training school and a virtual lab to test many new components that are needed to be implemented when porting ICS. So far, CM7 for Kindle Fire runs on stock Kindle Fire’s kernel which is quite insufficient to run ICS.

We’ve included the video tutorial below, but we highly recommend you checking out the site for yourself if you plan on installing this ROM: