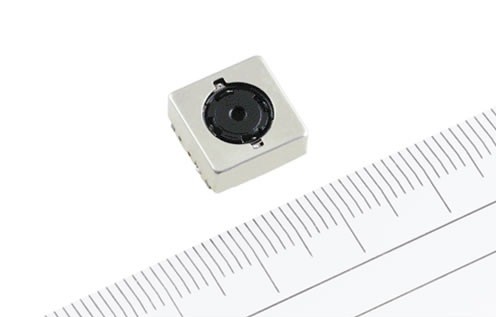 Mobile phones are getting thinner and thinner, but can only be made as thin as the internal parts that are required to build them. Sharp has unveiled their latest product, a tiny 12.1 megapixel camera sensor, which appears to be paving the way for thinner smartphones.

The Sharp RJ63YC100 camera sensor is being claimed by the company to be the thinnest in the industry. The sensor measures in at a mere 5.47 millimeters high and is less than half an inch deep.

The new sensor is also capable of shooting full HD (1080p) video and features built-in image stabilization which will allow you to take good pictures in shaky situations.

The sensor is expected to end up in future smartphones, especially a new iPhone model. As you might know, rumors are already flying around that Sharp will be the touchscreen supplier for upcoming iDevices.

Although Sony is providing iPhone’s current camera, it certainly wouldn’t be a bad idea for Apple if they sign deals with a single manufacturer for touchscreen and camera sensor shipments. Of course more phone manufacturers may also jump in on the action as well.

Samples of the sensor have been shipped to phone makers around the world. We are expecting that it won’t take too long for interested companies to make an announcement that the new sensor will be used in an upcoming handset.

The sensor is expected to come with a price tag of 12,000 yen, around $154. That increases the possibility of a slightly expensive smartphone. What do you think?