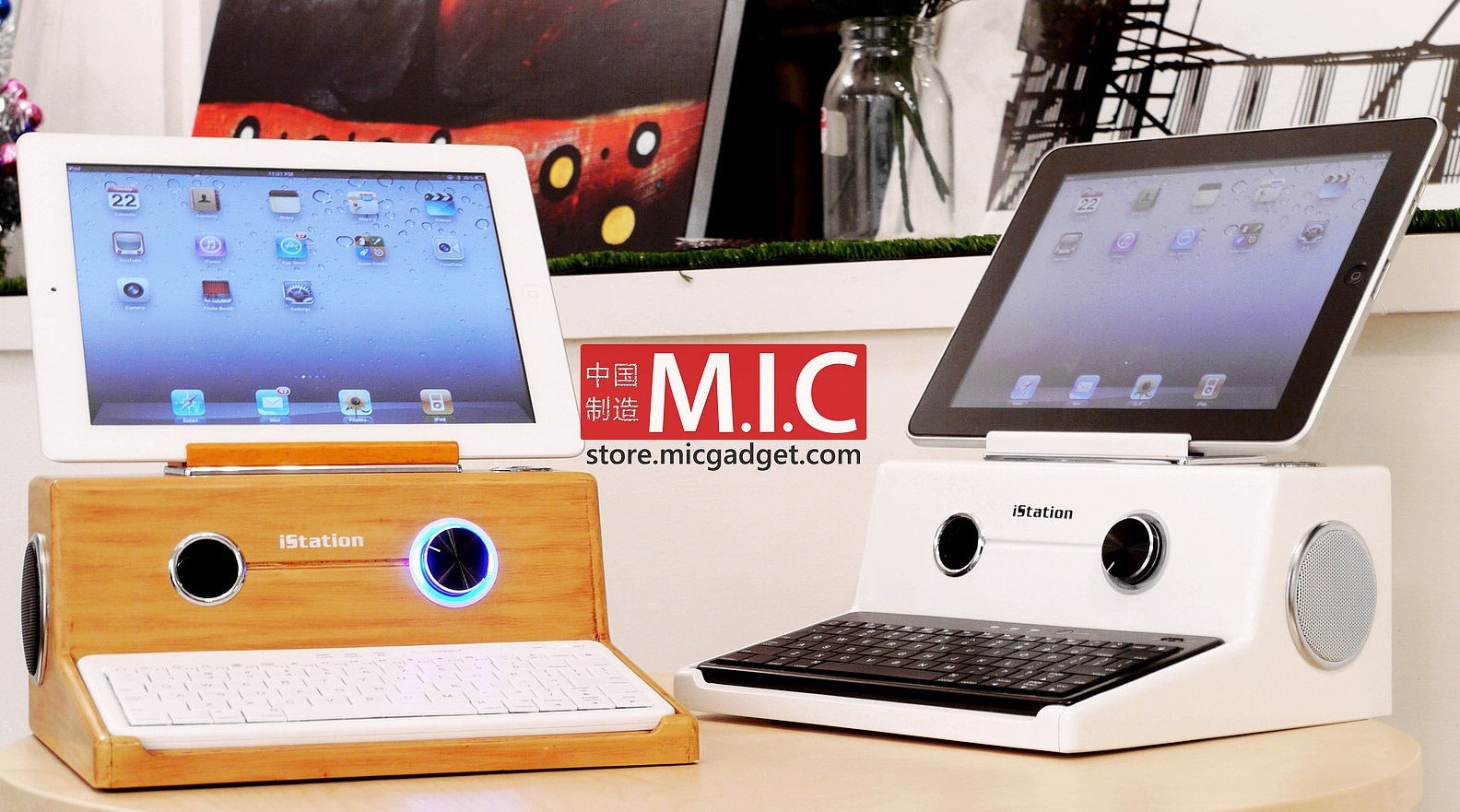 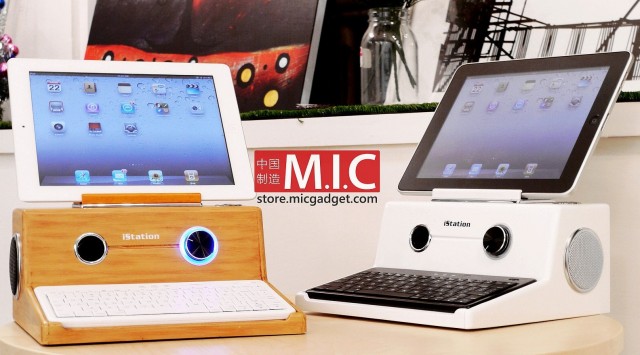 For those of us that either lived during the golden age of computers or have collected older machines, there is just something about the classic PCs of the late-70s and early-80s that is just hard to beat. The classic styling of computers like the Apple II and Commodore 64 harken back to a time that is now forgotten in the age of quad-cores and massive amounts of DDR3 RAM.

For those that have a deep passion for these old machines or just plain like the idea of retro devices, the iStation could certainly have some appeal. The iStation isn’t just a dock that holds your iPad and bluetooth keyboard in place for some serious desktop-style work, it is also a nod back to classics like the Apple II and the Apple I (with the woodgrain model).

In truth, do these look anything like the real Apple I or II? Honestly, not even close but they still have a retro feel that makes them seem at home among computers like older Apples, Commodores, and TI machines of the 80s. While a neat looking stand device, it is $85 and so whether that is too steep or not is up to you.

If I had an iPad and not an ThinkPad tablet, would I personally be interested in one? Yes and no. I like the idea of the iStation but I think its a little high on the price side for me, especially when I still have a working Apple II and Commodore 64 within easy reach just downstairs in my basement.

On the other hand, my Commodore 64 can’t play Angry Birds…