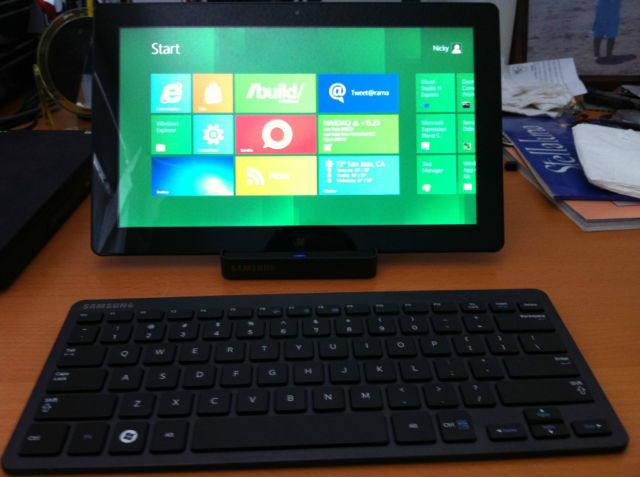 According to ZDNET, IDC research analysts have made 10 predictions for trends in 2012 computing. One such prediction states that Windows 8 may not reach the hands of the traditional PC users, that is, those with the PCs bundled with keyboard, mouse, and all the usual PC hardware. In other words, there might be no upgrade path from Windows 7 to Windows 8 for “legacy” PC hardware.

Conversely, and within the framework of this prediction, Microsoft might see no value of stretching its Windows 8 Metro UI paradigm to reach users with vastly different legacy interface. In any case, even if  Windows 8 might work fairly well on relatively current enterprise PCs, enterprises could hardly see how values of switching to the Metro UI can offset the costs of upgrading the underlying production software. At the same time, compatibility and stability issues would become almost inevitable.

Metro 8 UI as it was demoed at this spring and summer Windows 8 Preview events was probably a paper-thin UI on top of more or less tweaked “traditional” underlying Windows 7 structure. So, in a sense, these two can coexist even on legacy PC hardware, at least if the Metro UI can be made more friendly with mouse clicks and keyboard shortcuts.

Yet this notion is obviously not what Microsoft might have in mind.  As I wrote here earlier, Windows 8 may lose support of traditional, legacy PC software, and concentrate on new, touch-centered versions of application software instead- at least on the ARM side of the fence.

This move is greatly influenced by Microsoft’s clear desire to develop Windows 8 predominantly for mobile devices such as tablets. At least at this point though, it seems smartphones will continue to use the Windows CE-based “Windows Phone” operating system.

Some of the problems of marrying the largely incompatible new touch-based user interface with legacy desktop application software include overall consumer acceptance and general problems porting x86 software over to ARM. Additionally, x86 tablets will likely remain nothing more than a niche product (at least in the near future).

The term “ARM architectures” is a way to describe a vast,  unhinged array of very incompatible System-on-Chips (SoCs), Application Processors (APs), and all other poorly categorized and defined platforms. Many of these even stray off from whatever the quite loose ARM general compliance specs may demand. There are some nuances, but roughly speaking these discrepances are in the very root of fragmentation problem for Android devices.

Naturally, Microsoft will never let Android-type fragmentation raise its ugly head in their mobile devices, especially tablets. The big problem is that apart from just a few perspective ARM chips claiming that they can run Microsoft Windows software (TI OMAP5, Qualcomm’s Snapdragon S4, etc.), there’s no indication that any of existing ARM chips and also latest prototypes might power tablets that could run Windows 8 smoothly and achieved a coveted Microsoft certification.

Summing this all up, the Microsoft’s apparent move to unify the Windows 8 experience under a single roof (the Metro UI) for all its phones, tablets, and PCs can be hindered by many insurmountable obstacles. From the traditional PC users’ perspective, this development may look like they could be left out until the wide acceptance of touch-based office computers and very powerful ARM tablets.

For IDC predictions to come true, there’s quite a bit of time before Q3-Q4 of 2012 though.