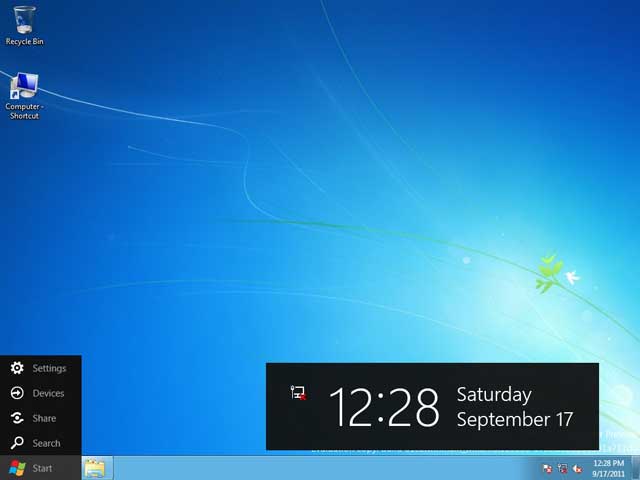 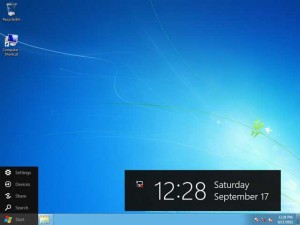 Engadget has collected insider tips that Microsoft might have sacrificed backward compatibility with its “legacy” software (mostly of Windows 7 desktop variety) when shaping the design of Windows 8 for ARM tablets.

This means that ARM tablets (and maybe netbooks based on ARM chips) will only sport a touch Metro user interface, and no fallback to full Windows “regular” desktop mode with its traditional keyboard and mouse support.

The significance of such a decision is hard to underestimate.  Basically, it could means that legacy software developed for x86 architectures is suffering insurmountable difficulties in staying practical, or just plain working when recompiled for ARM architectures.

Even if Windows 8 core components and critical desktop software is completely re-written from scratch, it doesn’t guarantee that it will work  flawlessly on ARM tablets.

First of all, in the ARM land there’s no single spec set of hardware to point at as a target for Microsoft developers. For Google’s Android, this disease is called “fragmentation”, losing control of the OS to OEMs is definitely not the Microsoft philosophy.

Second, whatever the single particular implementation will be chosen from (obviously) multicore Cortex A9 or Cortex A15-based ARMs, out of both current and future  processors and SoCs, it’s clear that as of today they are all hardly powerful enough to be used and compete even with a low-end Wintel netbooks.

Just for the sake of illustration of difficulties in porting Windows 8 to ARM it should be noted that only two or three latest Cortex A15 prototypes mention support for DirectX technology.

Poor memory bandwidth could be another hurdle on the path of running Windows 8 on ARM tablet. In any case, a traditional, Windows7-looking legacy windowing system is just not that practical for a touch device, especially since its not optimized for touch-input anyway.

So, with the “desktop” gone, long live the “touchtop”!