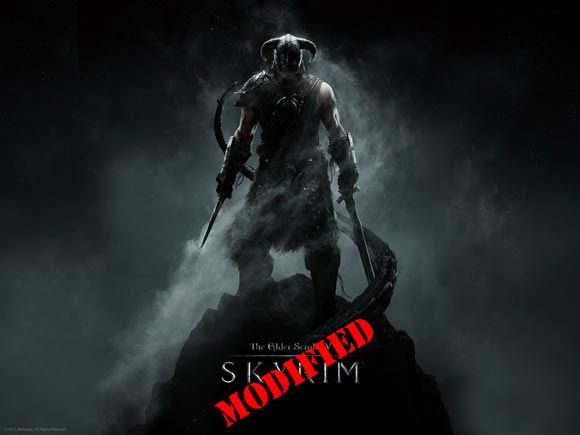 Multiple sites across the net are talking about the growing popularity of Skyrim, the most recent addition to the Elder Scrolls series by Bethesda.

The growth in popularity this time isn’t just because it’s a solid game or better than the previous version. No, according to Skyrim’s growing gamer community the recent rise in Skyrim popularity is caused by its visuals that can be  modified by gamers in ways that previous Elder Scrolls games could not. Popular Skyrim mods range from outright scary to very bizarre, plus many variations of weird in-between.

The worlds of Skyrim’s modded monsters and bizarre environments might look fascinating. sure. Honestly if you ask me, I would anticipate the most scariest and unique impressions for these monsters would come from their presence in the most ordinary environments we can think of. Imagine having the enemies of Skyrim walking around a virtualized version of your neighborhood.

The best representation of “scariest” environments for Skyrim I can think of is what is offered by Google’s Street View, then. The new version of Google Maps includes interiors of major airports and malls, so it would be very “natural” to set up a massive battle in your favorite mall, or meeting some murderous ladies clad in fatigue bikinis in your local grocery, say, in a fruit and vegetables aisle.

So called Street View Mods are nothing new for an experienced Skyrim modder. The difference here is that these maps use the imaginary worlds of Skyrim, while instead it would be awesome to see your favorite school or gas station presented by Google’s “genuine” street views.

Of course the technology to turn these overview maps into true 3D environments in everybody’s neighborhood might not be there yet, but it is still a very interesting idea. Google Maps is bringing 3D presentations of major cities with ever increasing tempo, so realistic streetfights can happen close enough to your neighborhood one day, courtesy of Google and Bethesda. Plus the army of Skyrim modders, of course.

So, what are you waiting for? Turn on your modding engines, ladies and gentlemen.