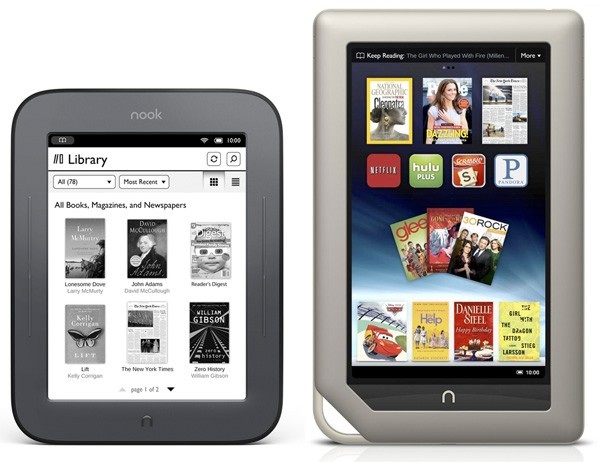 The market has recently become rather crowded with all the latest tablet devices from around the world. Recent devices like the Kindle Fire and Nook Tablet have really pushed the Android platform further and made it more popular than ever.

Barnes & Noble has released their Q2 earnings report and it appears like their recently launched Nook tablet has had an amazing start.

The company’s Nook business, which includes both the actual devices and content available for them, is now a $220 million business, an increase of 85 percent.

The Nook tablet, which was launched on November 7 with a price tag of $249, has become their fastest selling device to date according to reports.Barnes and Noble has yet to give out any official reports as to the exact number of tablets sold, though.

The fairly low-cost price tag has certainly contributed to the success of the Nook. The company’s strategy to lower the price of their Nook Color and Nook Simple Touch e-readers to $199 and $99, respectively, has also helped.

Sales on the company’s B&N.com website increased by 17 percent (from $177 million to $206 million) from the same quarter last year.

Although the Nook is doing well on the market, the company faced a net loss of $6.6 million (a slight improvement over the $12.6 million net loss in the previous year) in Q2 and the total sales decreased from $1.90 billion to $1.89 billion.

Despite its struggles with its non-Nook businesses, the company has high hopes for Q3. According to William Lynch, CEO of Barnes & Noble, “We expect to sell millions of devices during our third quarter, adding to the millions of current NOOK customers”.

Although the Nook tablet is an impressive piece of hardware, it is still too early to see whether or not it will be a major saving grace for the company or not. Additionally, Amazon’s $199 Kindle Fire means some pretty stiff competition for Nook as well.