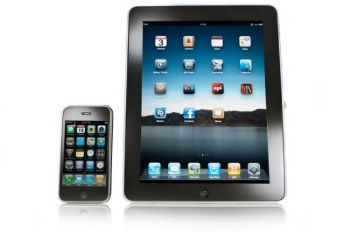 When it comes to ‘killer features’ on Android that just don’t exist with the iPad and iPhone, you will likely hear 4G support at the top of this list.

Many consumers were disappointed when the 4S arrived on scenes without 4G support, and yet overall the sales of the iPhone 4S have been nothing but spectacular.

While 4G would be nice, it has been noted by some that many of the current 4G LTE options have had bad battery life and/or a bulky overall design. Whether this is true or not, is likely debatable.

Even with a few possible flaws, 4G LTE offers speed that is unrivaled on the mobile scene and would happily be embraced by Apple users if it arrives in future Apple products.

Luckily, reports have come in claiming that both the iPad 3 and iPhone 5 with have 4G LTE capabilities. At least for the moment Apple has yet to confirm or deny such future plans.

Although 4G hasn’t be confirmed, we do know that the iPad 3 will more than likely arrive in the summer of 2012 with the iPhone 5 following in the fall. Adding 4G support to Apple’s products in 2012 just seems to make sense, but for now it remains only speculation.