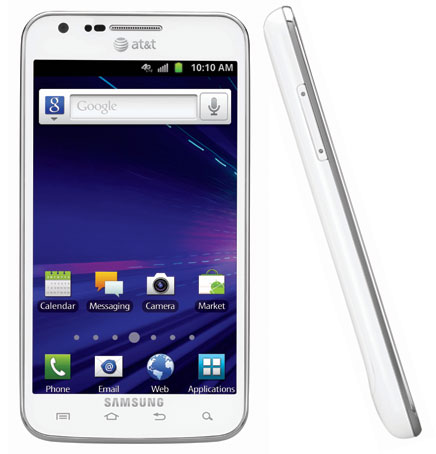 Exactly one week ago to the date, we reported on the possibility of a white Samsung Galaxy S II that supposedly came from an AT&T source. We are now happy to report that the Galaxy S II Skyrocket will arrive on December 4th.

Originally T-Mobile claimed it would exclusively have a white Galaxy S II, but now it seems that AT&T will lead the pack with both Bell and T-Mobile to follow with their own similar variants. The dates for the Bell and T-Mobile models are not yet officially announced.

The AT&T S II Skyrocket brings 4G, a 4.5-inch Super AMOLED display, and a 1.5GHz CPU to the party. There is just something clean, beautiful and simplistic about white electronic devices that just make them look good. AT&T users that dream of a white S II now know exactly what to ask Santa for this year.