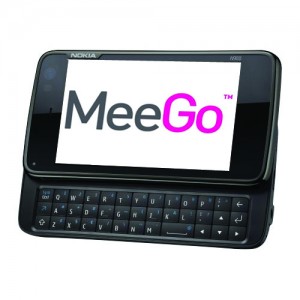 The tech blogs Netbooknews and Pocketlint both recently reported that in China they have a Nokia N9 phone running seven different OSes, switchable by the fling of a finger. (Recent information has corrected that this is in fact a Chinese Clone calling itself a Nokia N9, and not the real hardware.)

This sensational feat has the N9 running all the following concurrently:

Even if it counts like 6 “Operating Systems” and not 7, it’s still a feat that is demoed in the video link here. I want to apologize for not putting the video up in a window, but there seemed to be some difficulty getting this Chinese-originated video to embed.

Essentially this all-in-Chinese video shows a N9 switching between multiple customized instances. To make this clear, these are merely instances and the N9 is not REALLY running all these operating systems, instead it is customized to look like it is.

This collection of more or less good “customizations” are really most likely running on MeeGo, which is struggles to keep alive and relevant these days.

As Wikipedia teaches us:

Strictly speaking, the Nokia N9 does not run MeeGo 1.2 as its operating system. It instead runs what Nokia refers to as a “MeeGo instance”. During the development of Harmattan (previously marketed as Maemo 6), Nokia and Intel merged their open source projects into one new common project called MeeGo.

Jokes of 7 OSes aside, MeeGo’s chameleon abilities to run many customizations without rebooting remains quite spectacular. MeeGo Tablet UX customization principles were recently reported at the MeeGo Conference 2011 in San Francisco. There’s also quite a sizable MeeGo community that is striving to keep all such “MeeGo instances” relevant.

On top of that, there’s also a distant possibility that MeeGo might have some secret virtualization capabilities, similar to the Android App Player running on Blackberry OS 2.

I don’t believe there are some “instances” of QNX (RIM Blackberry OS), or Apple’s iOS 5.0 somewhere in the wild and running on “wrong” hardware with MeeGo. Still, it may happen one day or maybe not at all, but in any case MeeGo is fun and you should enjoy it if you can and while it lasts.

UPDATE: While still interesting to see a device that runs 7 unique customizations, many of our users have indicated this is in fact a Chinese clone and not the real N9. The real hardware in the clone is somewhat unknown. Still, this $65 clone running 7 different customizations is pretty interesting.