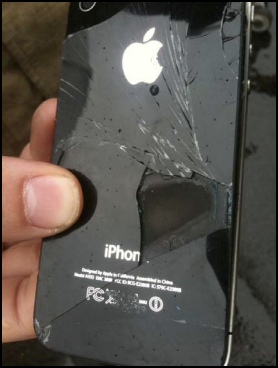 Apparently the iPhone 4 has a brand new feature, spontaneous combustion.

While aboard the Australian Regional Express Flight ZL319, the Apple iPhone spontaneously began smoking and emitting a red glow. This started just as passengers landed at their destination in Sydney, Australia.

A flight attendant extinguished the device and no passengers or staff were injured, according to the airline. The phone is question is in fact an iPhone 4 and not the newer 4S.

Many users may have wondered if there are enough good reasons to upgrade from the iPhone 4 to the 4S. I suppose this might be just the reason users are looking for, it doesn’t explode (at least not yet).

If you own a iPhone 4, I wouldn’t worry too much. This model has been out for a while and this is the only known report of such an incident.

Apple is known for building quality products, and so I would caulk this one up to a very random fluke and nothing more.