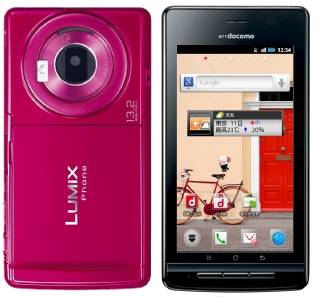 According to Reuters, Panasonic has begun plans to re-enter the mobile phone scene in Europe with a focus on Android-based smartphones.

The source asserts that Panasonic is actually in the process of negotiating a partnership with  a major telecommunication firm in Europe.

Unfortunately, the firm in question is currently unknown and we can only speculate. A few likely candidates are Vodafone, Orange, Telefonica, or T-Mobile.

Outside of its current plans, the idea of bringing Panasonic phones to North America is actually on the table as well. According to what we know, such a launch in North America will not happen until some time after the European launch.

As far as the phones go, at the moment we have no idea what Panasonic will bring outside of Europe. It might be a brand new line or perhaps one of the higher-end Japanese models like the Lumix, which features a 13.2 MP camera.

What do you think, will Panasonic create new Android phones for the launch or simply bring out its current Japanese models? The idea of a Toughbook-style smartphone certainly could have some appeal. Keep in mind that Panasonic tried its luck in Europe with mobile feature phones once before and withdrew in 2005, due to trouble keeping up with the competition. For now all we can do is hope that they fair better the second time around.