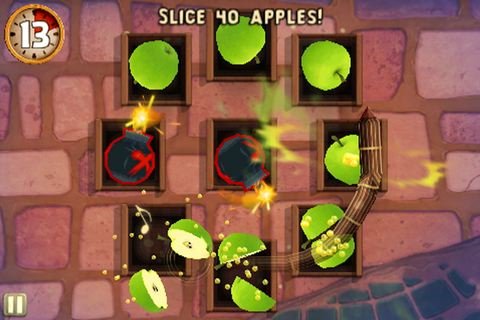 Recently, the very popular game “Fruit Ninja”, got itself an upgrade in the form of “Fruit Ninja: Puss In Boots”, made with the support of Dream Works studios. Initially, it arrived only on the iOS platform.

Luckily, Android users will no longer be left out since the port will arrive to Android sometime next week.

For those who haven’t heard of it, FN: Puss In Boots features the same fruit-slashing gameplay as the original version but with additional content inspired by the Dream Works movie, Puss In Boots. The game will be available for free as the App of the Day on the Amazon AppStore. The next day it will remain an Amazon Android exclusive (at least for a short time) for $.99.