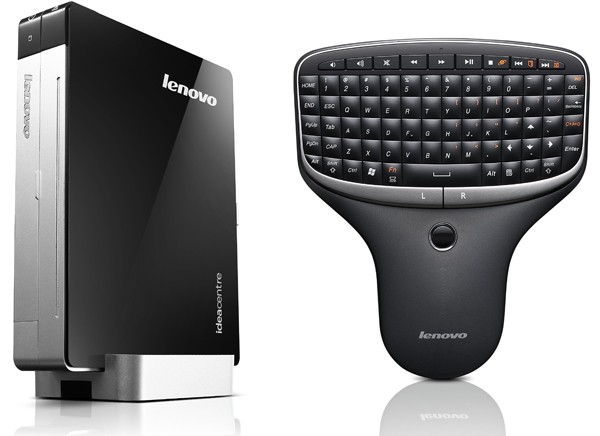 In recent times, much attention has been given to PC makers for their ability to create highly portable, mobile solutions that use miniaturized components such as netbooks and ultrabooks. Despite the attention given to the mobile scene, mobile technology like the Atom processor has also helped make today’s desktops and multimedia machines smaller than ever, as well.

A key example is Lenovo’s new IdeaCentre Q180, a home theater PC that is stuffed inside a 22mm thin-frame. For such a small package, you still get a 2.13GHz Atom Dual-Core CPU, a Radeon HD 6450A graphics card, up to 4GB of RAM, and either  a 750GB HDD or an 128GB SDD. Even Blu-Ray is available in this little package.

With an array of high-end features including USB 3.0 and HDMI out, it is certainly surprising that this tiny little media center starts at just $349, of course the price goes up considerably when adding features like Blu-Ray.

Some users will always prefer larger and more powerful multimedia centers than the IdeaCentre. For the consumer that is looking for a device that is unobtrusive and yet still moderately powerful, however Lenovo’s small media center may just fit the bill exactly.